Greece's 3-year-long attempt to sell its gas transmission system operator Desfa has collapsed after the government and the potential buyers – Azerbaijan’s Socar and Italy’s Snam – failed to reach an agreement. 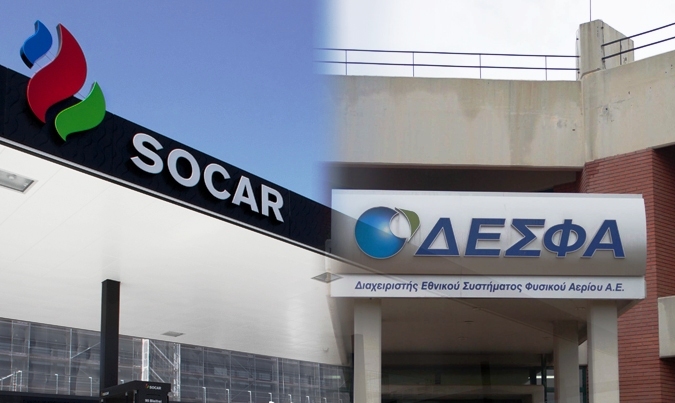 Greece's 3-year-long attempt to sell its gas transmission system operator Desfa has collapsed after the government and the potential buyers – Azerbaijan’s Socar and Italy’s Snam – failed to reach an agreement.

«In recent months, the government has been engaged in continuous discussions with Socar and Snam for the sale of 66% of Desfa. The climate of these discussions was constructive. However, the proposal tabled by the candidate buyers for a price reduction was legally impossible and would have nullified the tender,» the energy ministry said in a statement November 30, 2016.

The government also made suggestions that the buyers could not accept and as a result, the negotiations are over, the ministry said.

Socar made 2 successive 1-month extensions of letter of guarantee in September and October in an attempt to finalise a sale deal.

Socar, which remains an integrated gas supply and transportation business, emerged as the winning bidder, offering €400 mln for a 66% stake of Desfa in 2013.

The European Commission eventually intervened over competition concerns and forced Socar to surrender at least 17% to a certified European operator, prompting Snam’s entry into the deal.

A new tender will need to be launched, as the Desfa sale is a bailout requirement by international lenders.

The government is expected to retain 51% of Desfa for the state and offer the other 49% to a strategic investor as well as through the bourse, based on the IPTO (power grid operator) sale model now being carried out, according to the Greek government.

«Socar is confident that the letter of guarantee, worth €40 mln will be refunded as we did not deviate from the tender procedure’s regulations,» sources said.

The company intends to resubmit a bid for Desfa, according to the sources, as «the price tag will be definitely less.»

The new international tender will take at least a year to complete from the moment it is announced.

Experts believe the price to be offered by bidders will be proportionately less than Socar’s offer of €400 mln for 66% share in 2013.

However, the picture will be clearer after a new evaluation of Desfa before the launching another tender, said sources who asked not to be identified.

Incidental
446
446
Turkey kicks off new round of seismic survey in Eastern Mediterranean, ignoring objections from Greece