U.S. authorities say they arrested 76 Dakota Access oil pipeline protesters after they refused to leave a camp set up on private land. 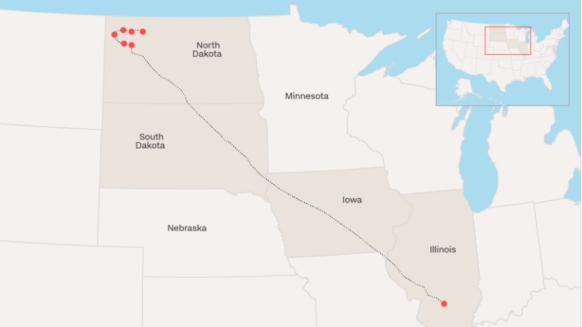 U.S. authorities say they arrested 76 Dakota Access oil pipeline protesters after they refused to leave a camp set up on private land.

On Februar 1, 2017, U.S. officers moved in and evicted the protesters. They were transported to several county jails.

Law enforcement officials say they have made 696 arrests during protest activity since August, 2016.

Native American groups and climate activists have been protesting the $3.8 billion US project, which runs adjacent to the Standing Rock Sioux Reservation in southern North Dakota.

The tribe had successfully won delays from the Obama administration for further environmental review, but last week President Donald Trump signed an executive order telling the Corps of Engineers to expedite review of the project.

The Dakota Access Pipeline, stretching 1,172 miles through four states, is completed except for a contested portion under North Dakota's Lake Oahe, half a mile upstream from the Standing Rock Sioux tribe's reservation.

The tribe has been concerned that digging the pipeline under a section of the Missouri River would affect the area's drinking water as well as the supply for 17 million Americans living downstream.