Next month’s SPE Offshore Europe exhibition and conference will be the largest in the event’s history, with its 1,500 exhibiting companies also reflecting its global reach.

With just over three weeks to go until the show, the 25,000 square metre exhibition is nearly 10% larger than in 2009 – which was itself a record-breaker. 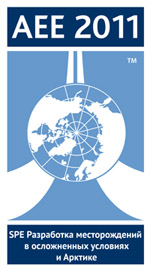 With just over three weeks to go until the show, the 25,000 square metre exhibition is nearly 10% larger than in 2009 – which was itself a record-breaker.
It will feature significantly more oil and gas operating companies than ever before, including many of the world’s leading Majors such as Shell, BP, Petrobras, ExxonMobil and Chevron. Other international operating companies participating include Statoil, Saudi Aramco, GDF Suez, Centrica, BG Group, DONG, Maersk, Cepsa, ENI, Petronas Carigali, Premier Oil, TAQA, Total, Addax Petroleum and INPEX.
There will also be 28 group pavilions.

In addition to the trade group pavilions representing companies in England and Scotland, there will be pavilions from leading oil and gas nations around the world, including the United States, China, Nigeria, Norway, Australia, Canada, the Netherlands, Spain, Italy, Austria, Denmark, the Faroe Islands, Germany, France and Flanders/Belgium.
All of these have exhibited at previous shows.

Reflecting the global interest in SPE Offshore Europe and its continually expanding international reputation, this year will see new pavilions from Brazil, the Northern Territories of Australia, Finland, Greenland and Malaysia. Also exhibiting for the first time will be the Ministry of Natural Resources & the Environment of the Russian Federation.
The largest single pavilion will be the Energy Industries Council (EIC), which is a leading trade association for UK companies supplying goods and services to the energy industries worldwide.
Deep Water Zone to display frontier projects

A brand new feature being launched at this year’s event is the Deep Water Zone, an entire hall
dedicated to the industry’s deepwater advances and expertise. It will feature a technical presentation area, with content programmed by leading organisations in the field including the Brasilian Petroleum, Gas and Biofuels Institute (IBP), the Society of Petroleum Engineers (SPE), the Society for Underwater Technology (SUT) and the European Association of Geoscientists & Engineers (EAGE).
The SUT will present a session focusing on ‘Underwater Challenges’ on Day 1, while Day 2 will see a session organised by Petrobras called ‘Technical Challenges & Solutions for Pre-Salt Fields in Santos Basin, Ultra-Deepwater Brazil’ and another dedicated to deepwater exploration, organised by the EAGE. On Day 3, meanwhile, there will be a ‘Dragon’s Den’ event organised by the SPE.
The Presentation Area is being sponsored by Wood Group Kenny.

A special display area, meanwhile, will showcase some of the most advanced subsea, seabed and floating production hardware and expertise being utilised.
This will include a display by Total detailing its Laggan-Tormore project west of Shetland, being developed by the operator and key contractors such as FMC and Subsea 7.
There will also be a display by Petrobras highlighting its massive Pre-Salt developments underway offshore Brazil.

Another pavilion will be dedicated to unmanned remote and autonomous vehicle technologies and expertise being used within deepwater E&P remote operations, with models and interactive displays of ROVs, AUVs and FPSOs.
Exhibition Director Elaine Hulse said: “We are delighted the exhibition is sold out and that it is larger than before.

We’ve had significant global interest and participation, in terms of operating companies, government ministries and others, all keen to come to Aberdeen and participate in what we believe will once again be a very successful show for all involved.
“It is very encouraging to have so many major international operators at Offshore Europe, and to have companies such as Petrobras and Total participate so fully in new features like our Deep Water Zone, while also having growing interest in the harsh environment Arctic arena represented by the Greenland pavilion, for example. To further have a new pavilion from Malaysia, a country in the midst of a region with the fastest-growing energy demand in the world, shows the diversity and global reach that is now part and parcel of Offshore Europe as it continues to evolve. It is also worth noting that we have 275 companies exhibiting at Offshore Europe for the very first time.”

SPE Offshore Europe is held every two years, and organised by The Offshore Europe Partnership – a joint venture between Reed Exhibitions Ltd. and the Society of Petroleum Engineers (SPE).

Conferences&Exhibitions
254
254
Gas Is The Most Important For The Next 30 Years - Interview With President & CEO at HHRM
Advertising at neftegaz.ru