Bright future for lng in a carbon-constrained world 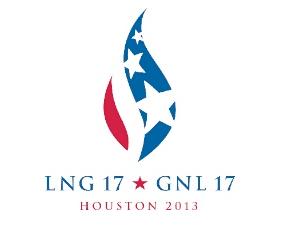 17 April 2013, Houston – The eyes of the LNG industry worldwide were focused on Houston yesterday as the 17th International Conference & Exhibition on Liquefied Natural Gas (LNG 17) officially got underway.

The event, hosted by the American Gas Association, is exploring the role of gas in a carbon-constrained world, discussing key issues which face the industry such as U.S. gas exports, LNG for transportation and pricing.

Chris Smith, Acting Assistant Secretary for Fossil Energy, U.S. Department of Energy, in his opening address outlined the impact of U.S. shale: “The development of shale is key for the Obama administration. Consumption is outpacing growth, and technology developments with shale gas have unlocked new growth opportunities.“ The conference comes at a time when the U.S. government is examining export policies for non-aligned countries where it does not have a free trade agreement.

Shell’s Upstream International Director, Andy Brown said that: “LNG will play a vital role in linking the sources of supply to the sources of demand across the world”. He went on to predict that global demand for LNG would double between now and 2025.

The keynote speakers concurred that there are new markets emerging, and a shift from the U.S. being a net importer to a net exporter allows gas to be diverted to Asia and Europe where demand is increasing. China is expected to double its gas demand between now and 2025, while Thailand, Indonesia and Malaysia are also expected to step up consumption. The use of LNG for transportation is also expected to boost demand for natural gas.

Nobuo Tanaka from the Institute of Energy Economics, Japan also spoke on the need for Asia’s requirements for a new pricing formula. He underscored that Japanese industry would find it difficult to compete due to high energy costs. In addition, he spoke about the geopolitical impact of the U.S. becoming a net exporter of gas, highlighting that most U.S. LNG terminals have now been converted to export LNG.

Underlining the international reach of LNG as an energy source, the Hon. Gary Gray AO MP, Australian Minister for Resources and Energy, Small Business, and Tourism, laid out the Australian government view on the country potentially being the biggest LNG producer in the world, especially with seven of twelve global projects in development in Australia. Australia is also touted to roll out the first FLNG plant in the world. He said that the Australian government is allowing market forces to determine which projects will proceed, and that it recognises the need for continuous community education especially in managing health, safety and environmental concerns.

The success of LNG 17 is a barometer of the industry with 5,000 delegates and 8,000 visitors from over 80 countries expected. The numerous speakers, sessions and workshops over the next three days will examine the current developments within the industry, review the latest forecasts and look at the opportunities.

LNG 17 is held under the auspices of the International Gas Union (IGU), Gas Technology Institute (GTI) and International Institute of Refrigeration (IIR), and is hosted by the American Gas Association (AGA).