Traditional Youth Scientific and Practical Conference Was Held at TATNEFT

The 13-th Youth Scientific and Practical Conference of JSC TATNEFT dedicated to the 70th anniversary of Tatarstan’s oil was held. 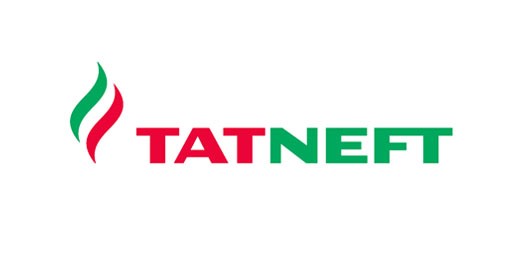 The 13-th Youth Scientific and Practical Conference of JSC TATNEFT dedicated to the 70th anniversary of Tatarstan’s oil was held.

The plenary part of the youth forum was organized at the "Neftche" Palace of Culture. Welcoming the participants of the conference Nail Ibragimov, First Deputy Director General for Operations - Chief Engineer of JSC TATNEFT, pointed out that the youth conference this year was dedicated to an important milestone in the development of the country's oil industry: the 70th anniversary of the oil fields development in the Republic. During this period TATNEFT has had a unique, complex and interesting way of development. The assets of the Company include advanced technologies of development and exploitation of the fields with hard-to-recover oil reserves, enhanced oil recovery methods and many others.

Currently, the Joint Stock Company has a high industrial, technological and intellectual potential. The technologies developed by the professionals of the Company attract the attention of domestic and foreign oil companies.

In order to maintain competitiveness and financial stability TATNEFT is looking for new approaches to solving production issues aimed at increasing crude oil recovery. The Company produced 5.9 million tons of crude oil through application of tertiary enhanced oil recovery methods last year accounting for over 22 percent of the total Company’s crude oil production. Many new technologies were also mastered in wells drilling in recent years. The promising areas include further expansion of drilling horizontal and multilateral wells. New trends are being successfully implemented in the area of wells’ workover.

Invaluable contribution into the accomplishments of TATNEFT is made by the young people with creativity and a creative approach to solving the problems set.

Later on the event's participants moved over to the premises of the Almetyevsk State Petroleum Institute to work in subpanel meetings.

Active enterprises performance of the TATNEFT Group of Companies increases from year to year with increasing the number of papers submitted to the conference, as well as improving the quality of the papers submitted. If the number of the works submitted for the review of the Central Expert Committee amounted to 815 papers last year, then this year this number increased to 900. The Central Expert Committee had selected 272 papers to participate in the conference. The works were assessed by the leading professionals of the Company.

The winners were determined in three groups: among the Company’s Oil & Gas Production Boards, structural divisions, subsidiaries and individual enterprises and among service management companies.

Conferences&Exhibitions
254
254
Gas Is The Most Important For The Next 30 Years - Interview With President & CEO at HHRM
Advertising at neftegaz.ru