Rosatom participated in one of the major events in the world’s energy sector. 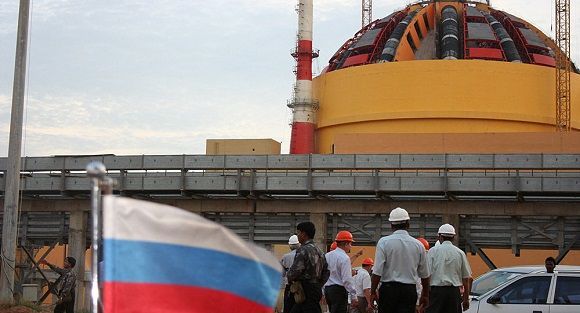 The newest World Energy Council’s Patron - Rosatom - participated in one of the major events in the world’s energy sector, The World Energy Leaders Summit (WELS), which took place in Mexico City on September 12-13.

Rosatom, represented by the president of its Latin American regional office Ivan Dybov, has made a valuable contribution to the discussion of the most important topic on the agenda - the reform of the Mexican energy sector.

«The company's 10-year portfolio of overseas orders is estimated at $133.4 billion with 8 nuclear power units being under implementation in Russia and 34 units in 12 countries. Rosatom is the world’s only company of a complete nuclear power cycle and stays a major player of the global non-energy nuclear industry», Dybov noted.

The speaker also pointed out that today nuclear energy becomes an important part of the global energy mix as it plays significant role in combating climate change.

«As an example, in Russia nuclear energy now accounts for 18,3% of the energy generation, and brings with it many advantages, for instance, green energy without CO2 emissions and sustainable development of the regions with nuclear presence», stated Dybov.

Conferences&Exhibitions
240
240
You Have a Couple of Days to Register for the First Virtual SPE Russian Petroleum Technology Conference
Advertising at neftegaz.ru