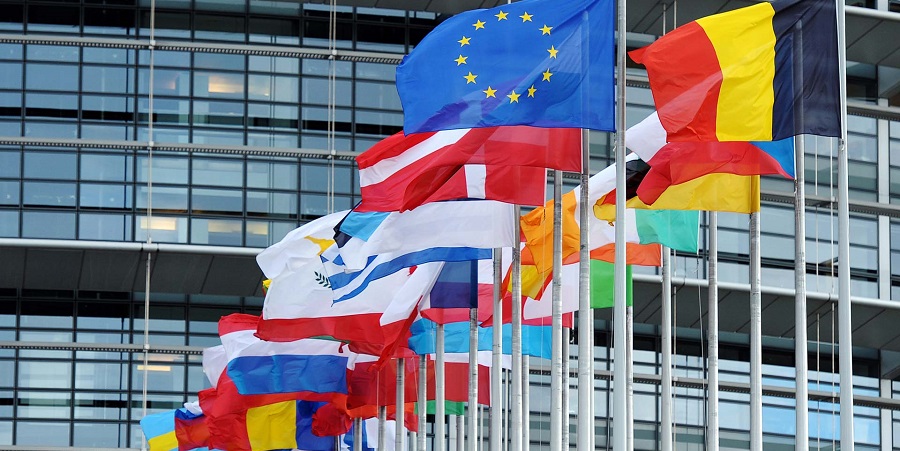 Brussels, October 14 - Neftegaz.RU. The widespread lockdown measures across much of Europe earlier this year had an unprecedented impact on the EU energy market, causing gas & electricity consumption to fall by 10% and 11% respectively in the Q2, according to the Commission’s quarterly reports on gas & electricity markets which have just been published.

Comparison with the Q2 of 2019 also shows the deep impact across the whole of the economy – with a 14% fall in GDP. At the same time, lower consumption and rise in solar generation contributed to renewables taking a 43% share of the EU power mix in Q2 2020, a new quarterly record – and highlighting again the exceptional impact of the crisis.

The electricity market report shows that electricity consumption dropped by 11% in the EU27 compared to Q2 2019. Wholesale power prices decreased by 30-50% and reached levels not seen in more than a decade. Fossil fuels were the main losers from this demand shock and this coincided with a surge in solar generation – to the extent that solar energy accounted for 9% of the EU27 power mix.

Coal generation fell by 34% year-on-year (-32 TWh). Gas suffered losses as well (-13 TWh) despite continued coal-to-gas switching. Nuclear generation was also severely affected and decreased by 17% year-on-year (-30 TWh). Thanks to the recovery in hydro-electric output and the record high solar generation, renewable energy sources had another successful quarter, expanding by 11 TWh year-on-year and reaching a 43% share in the power mix - the highest ever quarterly figure.

The shift away from fossil fuels caused the carbon footprint of electricity generation in the EU27 to fall by 25% year-on-year in Q2 2020, according to preliminary estimates. The power sector is on track for a double-digit annual reduction in CO2 emissions in 2020.

The gas market report is also dominated by the direct and indirect impact of the covid pandemic. The collapse in demand linked to the suspension of so many economic activities led to a decrease in gas consumption of 10% in the EU in Q2 2020. In some Member States, gas consumption was down by 20-30% in April relative to the same period in 2019.

Demand for natural gas was subdued not only in industry, but in power generation as well, as the abundance of renewables did not favour gas, even amid steeply falling gas prices: wholesale prices fell by 50-60% in year-on-year comparison. By the end of May, the TTF spot gas price fell to record lows (3.5€/MWh), slowly rebounding in June 2020 amid easing of the Covid-19 related lockdown measures.

In the context of low demand for gas in the EU, wholesale gas prices on some hubs fell below their US peers in May, resulting in the cancellation of some LNG shipments. Retail prices for an average industrial customer fell by 11% in Q2 2020 year-on-year and household customers also enjoyed lower prices in the majority of the EU capital cities.

Energy
419
419
Prime Minister of Iraq and head of LUKOIL discussed the prospects for cooperation
Advertising at neftegaz.ru

Advertising at neftegaz.ru
Latest news
Nuclear power
58
58
ROSATOM and Congo will devel workforce capacity and make efforts to create a positive public opinion on nuclear energy
Oil and gas worldwide
77
77
Gasification in Kazakhstan to reach 53 % this year
Companies
190
190
Gazprom´s Board of Directors discusses impacts of 2020’s events on prospects of shale gas and LNG sectors
Transportation and storage
176
176
Novatek completes 1st ship-to-ship LNG transshipment in the Murmansk region
Russia
189
189
Gazprom planning to bring gas to some 3,500 rural communities by 2026