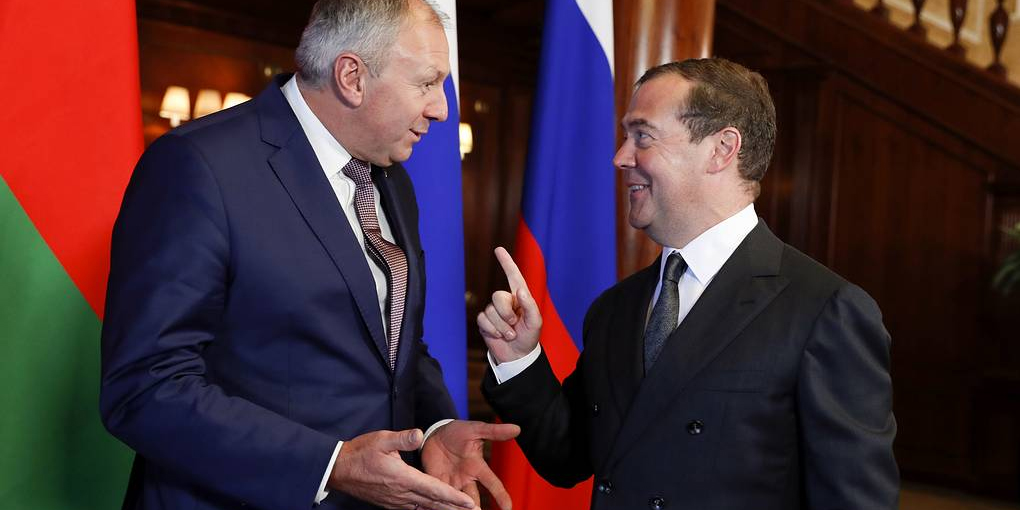 Minsk, May 15 – Neftrgaz.RU. Belarus has every chance to agree with Russia on a fair price for natural gas, Belarus' Prime Minister Sergei Rumas told the media after he presented his report to the president on 14 May, BelTA has learned.

“We can cite figures to prove that the price of $127 makes Gazprom's supplies to the Belarusian market more profitable than its supplies to non-CIS states,” the prime minister said.

He stressed that Belarus is not seeking any preferential price for gas or the price at the level for Russian regions. “Belarusians want a fair price, which would provide the same profitability for Gazprom as its supplies to other markets. The current negotiations do not cover any integration discount in the price, neither that of the Union State nor the Eurasian Economic Union,” said the prime minister.

In his words, the situation in the energy market has recently changed significantly compared to what it was like at the end of 2019, when Belarus and Russia agreed on a gas price and signed a contract. For spot gas supplies, the price per 1,000 cu m is $80 (under the contract with Russia, Belarus has to pay $127 per 1,000 cu m of gas).

According to Sergei Rumas, the talks with Russia's Gazprom are scheduled for May to discuss the price for natural gas. Ambassador Vladimir Semashko will represent Belarus at the negotiations. “I think we have a great chance to agree on a fair gas price for Belarus in 2020. I hope Russia will take our position into account,” the prime minister said.

The head of government said that, in general, it is more difficult to conduct the negotiations in a remote mode. But gradually everybody is getting used to this format. For example, a recent meeting of the Council of Ministers was also held in the format of a video conference.


Rumas also mentioned he had talks scheduled with Russian Prime Minister Mikhail Mishustin. They were postponed due to the illness of his Russian counterpart. The Belarusian head of government expressed hope that the talks would resume in the near future.