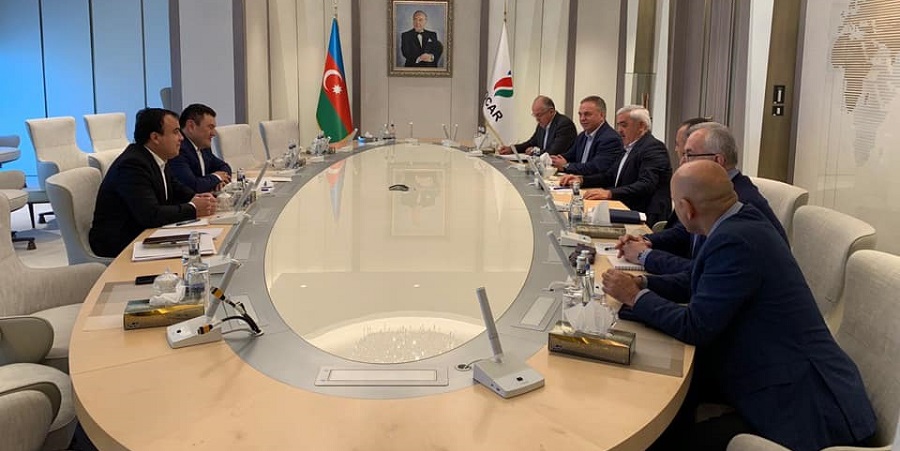 Baku, January 28 - Neftegaz.RU. Oil production in Azerbaijan is expected to decrease by about 3 % to 733,000 barrels per day (bpd) in 2020, Trend reports referring to a report by S&P Global Ratings, an international rating agency.

Oil production will stabilize at about 771,000 bpd in the remainder of the forecast horizon, the report said.This will be supported in part by the Shah Deniz Stage 2 and Absheron fields, which are expected to offset declining production at the Azer-Chirag-Guneshli (ACG).

It is also expected that gas export will increase by 2023 due to the Trans-Anatolian (TANAP) and Trans-Adriatic (TAP) gas pipeline projects.

"Over the next 4-to-5 years, we anticipate gas exports will gradually rise as the project reaches full capacity, which should strengthen broader economic dynamics," the report said. "Due to potential delays in finishing the Trans-Adriatic Pipeline (TAP) we do not expect Azeri gas to reach Europe before late 2020."

Shah Deniz Stage 2 is the starting point of the Southern Gas Corridor, through which Caspian gas will first enter the European market. As part of the second stage of field development, additional 16 billion cubic meters of gas per year will be produced. Of these, 6 billion cubic meters will be delivered to Turkey, and 10 billion to Europe.

During the peak period, gas production from the Shah Deniz field will reach 26 billion cubic meters of gas per year.

Energy
200
200
Joe Biden said he would "transition away from the oil industry."