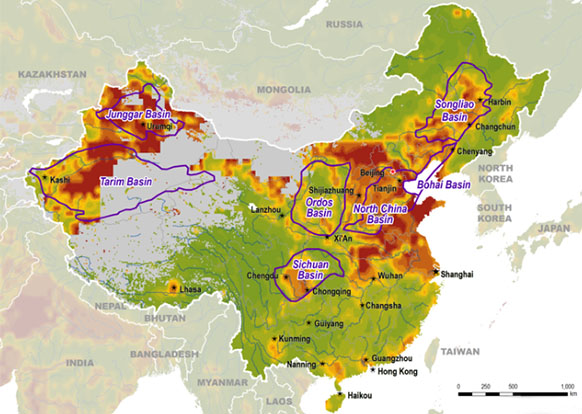 China is working on building a substantial shale gas infrastructure. Despite many hurdles, the industry has managed to achieve significant progress in last few years. Its recoverable shale gas reserves last year increased by a massive 109bn m³, from 21bn m³ to 130bn m³