European Commission Vice-President for Energy Union Maros Sefcovic arrives in Lithuania for the next leg of the Energy Union tour. 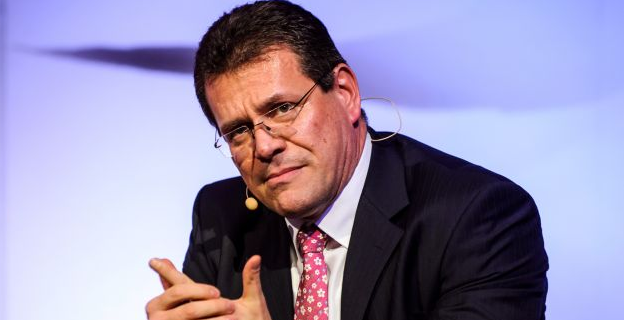 European Commission Vice-President for Energy Union Maros Sefcovic on May 23. 2017, arrives in Lithuania for the next leg of the Energy Union tour. He will be discussing the EU's plan to help provide Europe with secure, affordable and clean energy.

Ahead of the visit, Vice-President Sefcovic said: «Security of energy supply and internal market functioning are significantly improving in Lithuania. This is a result of the LNG terminal already functioning in Klaipeda, and the development of electricity links with Poland and Sweden. The construction of the gas interconnector with Poland will further contribute to secure supplies. Now, along with the other Baltic States the country needs to move forward with connecting its electricity grids with European networks.»

Lithuania imports virtually all of gas and petroleum products it consumes from abroad, which means that it could be vulnerable to external shocks on supply, but a new liquid natural gas terminal at the port of Klaipeda now allows it to use a more diverse range of sources.

Like Estonia and Latvia, for historical reasons its electricity grid operates in synchronisation with those of Russia and Belarus, but the European Commission's Baltic Energy Market Interconnection Plan (BEMIP) is coordinating the construction of energy infrastructure that will further link the Baltic countries with the rest of Europe.

Lithuania is on track to meet its greenhouse gas reduction target for 2020, although it will have to do more to meet its energy efficiency target – energy consumption by households is still relatively high, and it needs to improve the efficiency of its car fleet.

A major contributor to this achievement was the heating sector, which has greatly increased its use of biomass – wood and other organic materials that are burnt to generate energy.

As a result, heating costs for households and businesses in many areas have been reduced, and Lithuania has needed to import less natural gas.

The synchronisation of the Baltic States' electricity grid with the continental European network will be an important item on the agenda.

Further topics include the Liquid Natural Gas terminal in Klaipeda and its role in the region.

As part of the 2017 Energy Union Tour, the Vice-President has already visited the Netherlands, Spain, Slovakia, Sweden, Belgium and Poland.