Armenia should pay for Russian gas in rubles

Sergey Glazyev told that it would be natural for Armenia to pay for the Russian natural gas in Russian rubles. 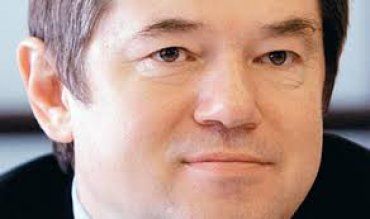 Yerevan, October 25 - Neftegaz.RU. Sergey Glazyev, an adviser to the president of the Russian Federation, told a news conference in Yerevan on October 23 that it would be natural for Armenia to pay for the Russian gas shipped to it across Georgia in Russian rubles, Armenian Arca reported.

He said as the US was slapping new financial sanctions against Russia, shifting to settlements in Russian rubles became an absolute priority. «We cannot afford to use the US dollar in settlements between our countries because it has become a toxic currency,» Glazyev said.

According to him, any use of the US dollar is fraught with political risks that may entail failures or forfeitures. «Gazprom uses rubles in its operations in Russia, so, it will be logical when the gas agreement with Armenia is also in rubles,» he said. «Armenia and Russia should review the contract and rewrite not only the provisions of the payment currency but also the terms of pricing,» he said.

«The Russian ruble is gradually becoming the main currency in our mutual trade. Our corporations are beginning to understand that using foreign currencies is fraught with risks for which we cannot be responsible. This concerns not only the US dollar, but also the euro and the British pound, since many EU countries have joined the anti-Russian sanctions. We have no other choice but to switch to settlements in national currencies,» said Glazyev.

«It is necessary to revise the pricing terms. The ruble, unfortunately, has been too volatile for a number of reasons over the past four years. And this volatility should also be reflected in revised contracts. This is a technical issue,» Glazyev said.

Advertising at neftegaz.ru
Latest news
petrochemistry
137
137
Scheduled overhaul of the TANECO complex installations
Companies
89
89
The temporary TGE gas station will be replaced with a permanent one in the coming months
Nuclear power
133
133
Rosatom: The 2nd stage of the lead universal nuclear icebreaker Arktika sea trials is completed
Conferences&Exhibitions
92
92
Big Data Analytics In Oil & Gas Industry: Interview with Ahmed Khamassi, Former VP of Data Science of Equinor
Transportation and storage
145
145
Ukraine to get about $2 billion for gas transit from Russia