David Ananyan denied media speculation which claim that SRC’s inspection of Gazprom-Armenia was prompted by Gazprom’s decision to raise the price of gas. 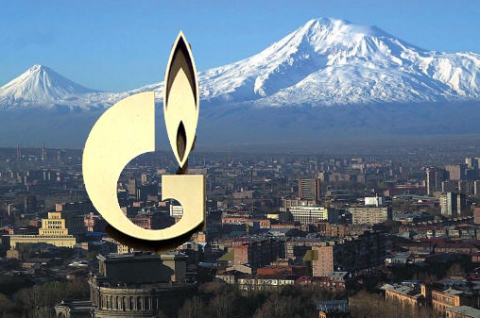 Russia's Gazprom raised the price of natural gas it ships to Armenia across Georgia will from $150 per 1000 m3 to $165 in late December 2018. The new price is effective from January 1, 2019.  The announcement was made following a meeting between Gazprom chief Alexey Miller and Armenia's deputy PM Mher Grigoryan.

Speaking at a news conference David Ananyan said the inspections at Gazprom Armenia are usual checks of the taxpayer's relationship with the budget. He also added that during the inspections a need arose to carry out certain investigative measures.

The Russian gas is delivered to Armenia by Gazprom at a $165 per 1000 m3, but Gazprom’s Armenian subsidiary - Gazprom Armenia - sells it to Armenian households at almost $300.

Energy
336
336
Gazprom: the company moving forward with its LNG projects
Advertising at neftegaz.ru