ExxonMobil and Qatar Petroleum said they have made a final investment decision to proceed with development of the Golden Pass LNG export project.

Texas, February 6 - Neftegaz.RU. ExxonMobil and partner Qatar Petroleum announced on February 5 that they have made a final investment decision to proceed with development of the Golden Pass LNG export project located in Sabine Pass, Texas. Construction will begin in the Q1 of 2019 and the facility is expected to start up in 2024.

The $10+ billion liquefaction project will have capacity to produce around 16 million tons of LNG per year. It is expected to create about 9,000 jobs over the 5-year construction period and more than 200 permanent jobs during operations. Preliminary estimates by an independent study indicate the project could generate up to $31 billion in U.S. economic gains and more than $4.6 billion in direct federal, state and local tax revenues over the life of the project.

«Golden Pass will provide an increased, reliable, long-term supply of LNG to global gas markets, stimulate local growth and create thousands of jobs,» said Darren Woods, CEO of ExxonMobil. «The extensive experience of ExxonMobil and Qatar Petroleum provides the expertise, resources and financial strength needed to construct and operate an integrated liquefaction and export facility in the U.S..» 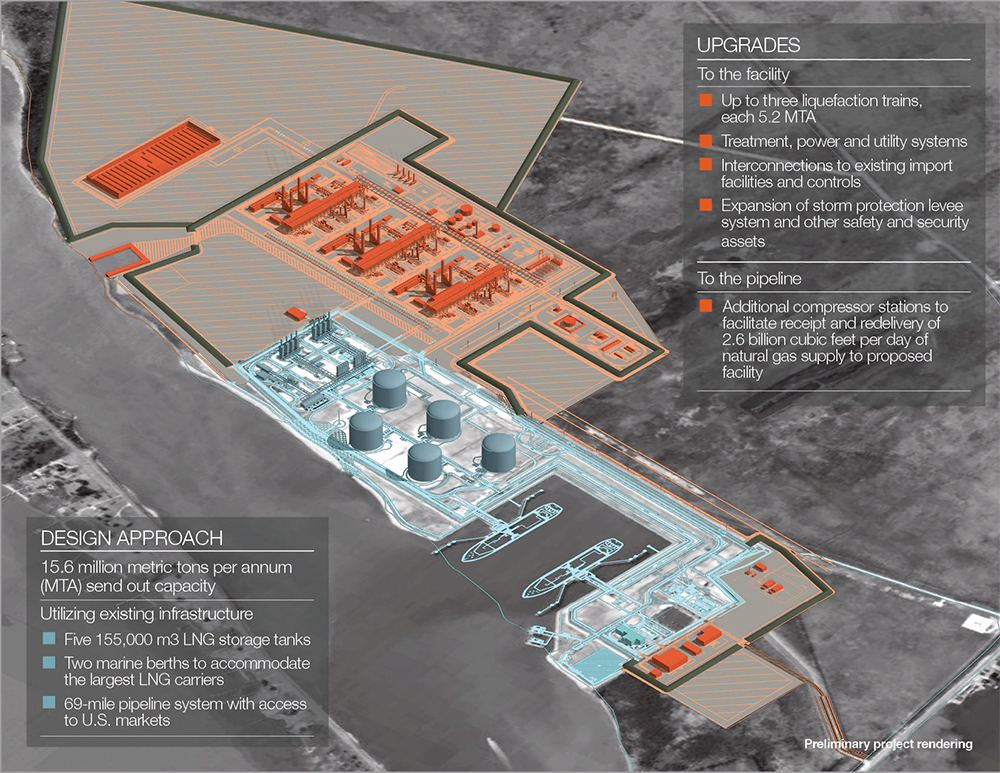 Golden Pass is part of ExxonMobil’s plans to invest more than $50 billion over the next 5 years to build and expand manufacturing facilities in the U.S. This includes the Growing the Gulf initiative, which will create about 45,000 jobs in America.

Working interests in the Golden Pass LNG export project are 70 % Qatar Petroleum and 30 % ExxonMobil. This project builds upon the successful international relationship between the companies, with Qatar Petroleum joining ExxonMobil in exploration and development activities in Argentina, Brazil and Mozambique.