Ireland’s economic outlook worsened on Monday as the country’s central bank cut its growth forecast for this year, with gross domestic product now set to increase 0.2 per cent against previous forecasts of 0.8 per cent. 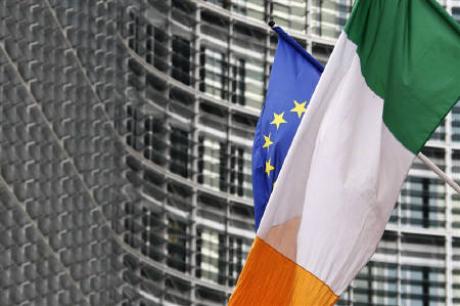 The slowing economy will compound the challenges the Fianna Fáil-led government faces in framing this year’s budget, which is critical to restoring investor confidence in Ireland’s fiscal consolidation plan.

After a Fianna Fáil backbencher at the weekend raised concerns about the upcoming cuts, a government minister has for the first time publicly acknowledged it may not have the numbers to get its budget through parliament, which could lead to an early general election.

Pat Carey, minister of state for community, equality and gaeltacht (the Irish speaking region) affairs, said it was not “beyond the bounds of possibility” that the government would not be able to get the December budget through parliament, adding that in that event “we would be in a different scenario”.

Publishing its revised forecasts, the central bank said the recovery was unbalanced, because it was driven mainly by exports, as domestic demand continued to stall. It added “the continuing weakness of investment remains a considerable drag on growth”. Ireland’s economic woes will be further underlined with exchequer returns for the third quarter published later on Monday which are set to confirm a further deterioration in the fiscal deficit.

After announcing further bank bail-outs last week, the government said the deficit would hit 32 per cent of national income this year or 10 times the Maastricht fiscal guidelines for eurozone members. But stripping out the bank rescue costs, which officials say do not affect Ireland’s borrowing requirement this year as they have already been paid for using 10 year promissory notes, the underlying fiscal deficit forecast has been revised to 11.9 per cent this year, as against 11.6 per cent forecast at the time of last year’s budget.

Were the government to fail to secure parliamentary backing for the budget it would lead to the automatic resignation of Brian Cowen as prime minister. He would then have to seek a dissolution of parliament from the president. Fresh elections would then have be held within 28 days.

The budget is normally voted on in several stages – with some excise changes having to be approved on the day, while the finance bill containing the detailed tax changes and the social welfare bill usually are not debated until the new year.

But opposition politicians say any one of those votes could be the trigger for a general election.

Economy
322
322
Russia's Finance Ministry: Most of EFSD's loan for Belarus will be used to pay off debt to Gazprom