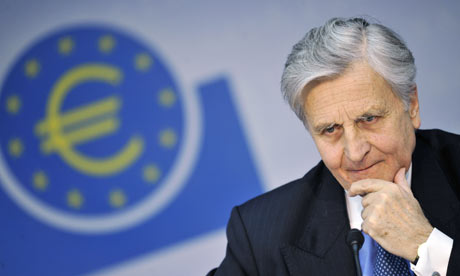 The bank said its key refinancing rate would thus remain at 1.0%, where it has been since a 25-point cut that was decided at the Council's May 7, 2009 meeting.

In more normal times, the refi -- or minimum bid -- rate would be the lowest rate at which banks could seek ECB financing in competitive bidding at the ECB's main weekly refinancing operations. For now and until further notice, it is the rate at which those refinancing agreements are fixed for all bidders.

Monetary officials have said repeatedly in recent months that interest rates remain appropriate and that they do not see inflationary risks. The Eurozone economy is seen decelerating perceptibly after 2Q's unexpected strength, while concerns about developments in the U.S. are growing.

Market expectations of anything but unchanged short-term borrowing costs were thus virtually zero prior to the decision.

The next policy-making Governing Council meeting is scheduled for November 4.

Economy
148
148
Russia's Finance Ministry: Most of EFSD's loan for Belarus will be used to pay off debt to Gazprom

Advertising at neftegaz.ru
Latest news
Transportation and storage
96
96
Ashgabat considers the possibility of supplying Turkmen gas to the domestic market of Kazakhstan
Off-shore drilling
68
68
Surge in gas production volume from the PGNiG Group’s Norwegian assets
Russia
155
155
Rosatom plans to occupy 10% of the global lithium market by 2030
Markets & Stocks
180
180
Zarubezhneft sold an export oil lot in the form of an online-auction for the 1st time
Equipment, services and materials
201
201
Automated logistics handling at Gazprom Neft Moscow Refinery storage facilities to be managed by autonomous mobile robots