The remaining issues hampering Russia's accession to the World Trade Organization should be resolved quickly, and without creating obstacles to businesses, Russian President Dmitry Medvedev said on Monday 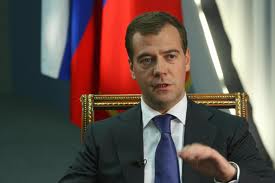 Russia, the only major economy outside the global trade body, has been negotiating WTO membership for 17 years, although the average accession period is only five to seven years.

Shuvalov said on Monday that lumber export taxes were the main issue of concern to Russia's European partners, and were delaying the accession procedure.

He also said he would discuss the issue with EU representatives in Brussels, ahead of the Russia-EU summit on December 7, which Medvedev is due to attend.

"I hope this issue will be completely resolved during your talks in Brussels," Shuvalov told the Russian president.

Russian Finance Minister Alexei Kudrin said last week that the final accession procedures would start in two-four months and could be finalized next year.

After a meeting with U.S. President Barack Obama in Japan's Yokohama on Sunday, Russian President Dmitry Medvedev said "serious progress" had been made in Russia's WTO accession process.

Washington has repeatedly claimed that the United States does not oppose and even welcomes Russia's accession to the trade organization.