CALGARY (Globe and Mail)--Talisman Energy Inc. (TLM.T, TLM) is preparing to cut its workforce as it works to substantially reduce office costs amid a broader push toward better profitability. 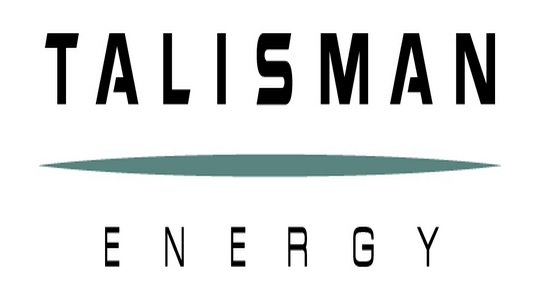 CALGARY (Globe and Mail)--Talisman Energy Inc. (TLM.T, TLM) is preparing to cut its workforce as it works to substantially reduce office costs amid a broader push toward better profitability.
Talisman expects to slash its general and administrative (G&A) costs by "at least 20 per cent overall," Helen Wesley, the company's executive vice-president of corporate services, told the CIBC Whistler Institutional Investor Conference Thursday morning. "And that's a combination of both people and indirect costs."

She said the company will act in "a couple of weeks." Talisman is "rationalizing the size" of its operations both on the corporate side and in the many regions it operates in. That is likely to result in the company backing away from certain countries, she suggested.

"When we start exiting countries, we take out the G&A associated with those countries directly, but then all of the associated work that happens to make a country like Poland and Peru function. Pretty significant," she said. "Because we've had such a distributed focus over the last few years, I think the company will function differently as a result of being more streamlined in terms of the portfolio."

Talisman currently spends C$1.3-billion a year on its general and administrative costs budget. It's unclear what percentage of its workforce, which stood at 3,700 at the end of 2011, will be let go. Talisman spokeswoman Phoebe Buckland said cuts will include "people, offices, travel, IT. It's the overhead as well as the people cost."

The looming layoffs are the latest sign of widespread difficulty in the Canadian oil patch. Oil sands companies, faced with high costs and heavily discounted crude prices, have begun to scale back growth plans. Gas companies, which have faced a longer run of low prices, have largely managed by selling off pieces of their property, mostly through joint ventures with foreign companies.

The company is now in the midst of deep corporate surgery designed to improve its performance. The company's shares, after touching nearly C$25 in early 2011, now sit at just above C$12. Talisman has acknowledged that of the three legs of its corporate stool -- the Americas, the North Sea and southeast Asia -- only the latter is generating free cash flow today.

"Our goal is to make sure that all three of these regions are generating free cash," said Richard Herbert, executive vice-president of exploration, on Thursday. "We will divest non-core assets that are outside these regions, but will also look at divesting non-core assets within these regions. We will high-grade the portfolio wherever we look."

In North America in particular, Talisman is looking to back out of a number of operational areas. It is currently involved in five so-called "resource plays." It wants "to focus on 3.5 of those," Mr. Herbert said.

"Through a combination of divestment or joint ventures, and we're looking at all of the options that are possible, we're going to reduce our footprint in North America."

The company's difficult financial circumstances have largely ruled out even more dramatic moves, said Mr. Herbert. Last year, Talisman "took a look to see what options did we have, ranging from asset sales or joint ventures, all the way through to splitting up the company," he said. But it's tough to hive off companies that aren't especially profitable.

"We wouldn't be able to set up a North American business independently, for example, with the current debt that we've got," he said.

Plus, he added, the company's relationships with big state-owned companies like Malaysia's Petronas "to some extent depend on Talisman being a sort of global player, and being of the scale and size that it is."

Selling the company, he added, is "not something that we're putting any focus on right now."

Talisman is not looking to expand its oil and gas production in 2013, although it is hoping to shift its output toward oil, which in North America has seen far stronger pricing than natural gas. Some of that effort has been challenged by delays in gaining community and environmental permits in Colombia, where "we're moving at a slower pace than we had hoped a year ago, but it is now moving ahead," Mr. Herbert said.

He was eager to highlight Talisman's efforts in Iraqi Kurdistan, where it has drilled three wells and is now drilling two more. Finding and development costs -- the amount it takes to discover new barrels -- there are "probably one of the lowest ... left in the world," he said, and the company has found an "oil column" nearly 150 metres thick, although it may be thicker.

"Whether we choose to stay in this and develop it, bring in partners to do that or monetize it entirely and exit are all choices for the future," Mr. Herbert said. "Right now, we think the right thing to do is continue to grow value by appraising what's clearly a very exciting discovery."