After posting an 86 percent drop in net profit of 159 billion rubles ($3.07 billion) in 2014, the Russian gas giant has posted margins of over 10 percent for 2015 and expects its profits to triple. 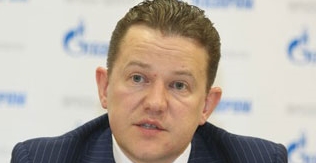 Andrey Kruglov, Gazprom’s deputy chairman explains in Issue 12 of Gazprom Magazine that for the 2014 year its “net income collapsed mainly due to non-cash losses on currency differences as a result of a major weakening of the ruble.”

This currency risk is inherent to companies like Gazprom, where most cash producing assets are denoted in rubles, while most of its revenue and debt is denoted in foreign currency. This makes forecasting net profit difficult.

“The foreign currency debt dominance in our credit portfolio will largely depend on the still volatile dollar rate at the year-end,” Kruglov notes.

The company’s EBITDA is posted around US$30 billion, a decrease of less than 10 percent from the 2014 level. Kruglov noted, “The decline in global energy prices is putting pressure on the financial results of all oil and gas companies across the world, and Gazprom is no exception… The expected decline in profitability is primarily caused by a deterioration in the oil and gas market and an increase in the tax burden.”

Gazprom is and has been taking cost-reduction efforts to increase its margins. This includes selling off non-performing assets, and, as Kruglov notes, to “pursue a conservative debt management policy, i.e. to pay out more than to borrow.”