Gazprom has announced that a new pipeline from Russia's Arctic fields to Germany will increase Moscow's share of the European gas market. 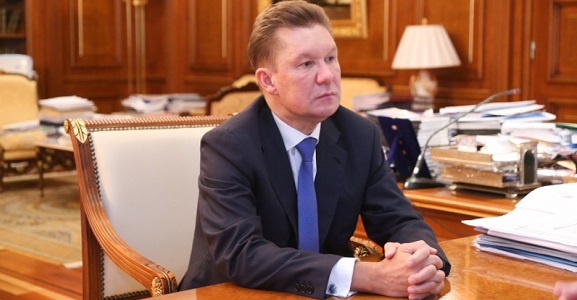 According to the Reuters report on April 26, 2017, Gazprom has announced that a new pipeline from Russia's Arctic fields to Germany will increase Moscow's share of the European gas market despite competition from Qatar and the US, and will also mean much less fuel goes via Ukraine.

Gazprom CEO Alexei Miller announced that supplies via Ukraine would fall after 2020, but not stop entirely as Moscow has previously threatened, when Gazprom opens the pipeline under the Baltic Sea.

Gazprom's Western partners agreed on 24 April to provide half the financing for the €9.5 billion ($10.32 billion) Nord Stream 2 pipeline, removing a big hurdle for a Russian plan to pump more gas to Europe from 2019.

Gazprom now supplies a 3rd of Europe's gas needs, with its share rising from a quarter in the past 2 decades.

Gazprom sold a record 179 billion m3 of gas to Europe in 2016, helped by a collapse in oil prices on which gas is priced and cold weather on the continent.

Customers are requesting more gas this year and Gazprom believes in the next 15 years it can provide the bulk of an additional 100 billion m3 a year for Europe, which the continent needs by 2035 as domestic output falls.

Gazprom supplies Europe via 3 main routes: the Ukrainian pipelines, the Yamal-Europe route via Belarus and Poland, and the new Nord Stream link under the Baltic Sea to the German town of Greifswald.

On 24 April, it signed a deal to co-fund the link with European companies Uniper, Wintershall, Shell, OMV and Engie.

Economy
307
307
Russia's Finance Ministry: Most of EFSD's loan for Belarus will be used to pay off debt to Gazprom