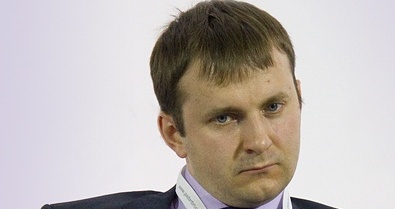 The OPEC/non-OPEC production cuts hurt Russia’s economic growth in October, Economy Minister Maxim Oreshkin said on November 23, 2017, in the 1st negative comment about the pact from a high-ranking Russian official.

«Because of the OPEC deal we have a negative direct impact from oil production, as well as indirect effects related to low investment activity due to production limits,» Oreshkin said, just a week before OPEC and its non-OPEC allies led by Russia meet to decide on the extension of the deal.

Just after the pact was extended for the 1st time in May, it was Maxim Oreshkin who said that the deal was working and that Russia was «ready to live forever at oil prices $40 or below.»

Back then the market was not convinced that the cuts were working, but now that Brent oil prices are above $60, Russia looks hesitant to lend its support to a 9-month extension of the deal through the end of 2018.

With oil prices in the $60-65 range, there is growing talk and speculation that Russia might walk away from the deal, or try to stall either the taking and/or the announcement of the decision, because it doesn’t see such announcement as urgent as possibly many of OPEC’s producers.

In addition, Russian oil firms are said to be balking at a further extension, arguing that their production restrictions are only benefiting others while Russian companies have to cut back from new projects in which they have heavily invested.

At a meeting with Russian Energy Minister Alexander Novak last week, major Russian oil companies discussed a 6-month extension after March 2018, and all but one company - Gazprom Neft - said they were ready to extend, according to Russian media.

Novak is scheduled to meet representatives of the oil companies again and has said that Russia will decide later this month what its position at OPEC’s Vienna meeting on November 30 will be.