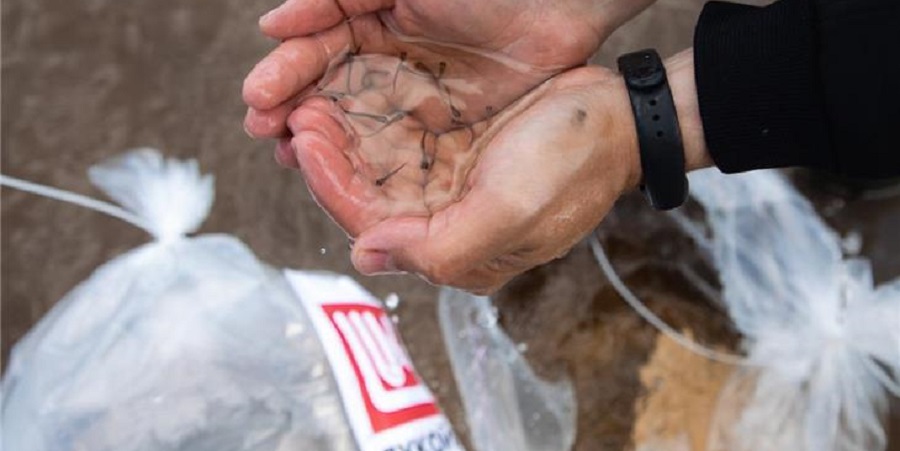 Moscow, July 3 - Neftegaz.RU. LUKOIL continues the artificial reproduction of water bioresources in its operation regions. The company takes an active part in programs aimed at restoring the population of high-value fish species.

In the Republic of Komi, 550 000 whitefish fries have already been released into the Usa river in 2020. 457 000 sturgeon fries will soon be stoсked into the rivers of the region.

In Western Siberia, 7.5 million fingerlings of muksun will be released into rivers of the Ob-Irtyshsky basin this year as part of the artificial reproduction of water bioresources.

In the Perm region, 85 000 sturgeon fries will be stocked into the Kama river this summer. The fish stocking campaign, which has become a tradition for Perm oilmen, will take place in two stages: in the Kamskoye reservoir in June and in the Votkinskoye reservoir in August.

LUKOIL will provide over 1 million sturgeon fingerlings, which have an average weight of at least 3 grams, to be released into the Volga river and its streams in the Astrakhan region. Fish stocking activities in the water bodies of the Astrakhan Region will also take place as part of the project initiated by the Caspian Oil Company (a joint venture between LUKOIL, Rosneft and Gazprom).

The Volgograd region is also included in the program. Over 4 000 sturgeon fries have already been deposited into the Medveditsa river. Over 400 000 carp, sturgeon, muksun and peled fries will be released in the Volgograd region, the Republic of Tatarstan and Khanty-Mansi Autonomous District (Yugra) by November.

Fries for stocking are supplied from fish farms owned by 3rd-party contractors. These are modern enterprises covering the full cycle of the artificial reproduction of water bioresources at their facilities.

The company plans to spend the total of about RUB 300 million on fish stocking in 2020.