The pure white snow atop the Andes Mountains may not be so pure after all. Scientists have found traces of toxic pollutants called … 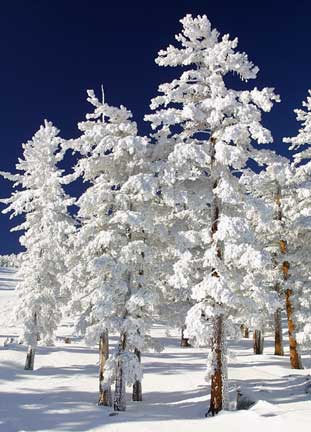 The pure white snow atop the Andes Mountains may not be so pure after all. Scientists have found traces of toxic pollutants called PCBs in snow samples taken from Aconcagua Mountain, the highest peak in the Americas.

While the overall PCB levels were quite low, the results show that these long-lasting contaminants, notorious for causing myriad health problems, can end up at altitudes as high as 20,340 feet (6,200 meters), making their way through the atmosphere to these remote areas.

PCBs, or polychlorinated biphenyls, break down slowly, and as a result, can last for many years in the environment. They can be transported through the air long distances, and have been found in mountain ranges in Europe and Canada, as well as the Arctic.

The researchers say that mountain ranges may act as “ traps” for PCBs. In addition, they figure climate change could lead to the spread of such pollutants.

“ The shrinking of the glaciers could lead to the pollutants stored in the glacier snow being carried down with the meltwater,” said Roberto Quiroz, now at the EULA Chile Environmental Sciences Center. (He completed the work while at IIQAB, the Spanish research institute for environmental chemistry, in Barcelona, Spain.)

Since the meltwater is used for agriculture and drinking, contaminants in the water could pose a health risk.

PCBs are man-made organic chemicals that contain chlorine atoms, and are part of a larger group of compounds known as chlorinated hydrocarbons. Before being banned in the United States in 1979 (and around the world in 2001), these chemicals were found in a variety of products, including electrical equipment, paints, plastics and carbonless copy paper, according to the US Environmental Protection Agency (EPA).

Research in animals has shown exposure to PCBs can increase the likelihood of various health problems, including cancer, decreased immune responses, neurological problems, and offspring with low birth weights. Studies on humans further support the view that PCBs are dangerous.

In the new study, Quiroz and colleagues investigated PCB levels on the Aconcagua Mountain, located near the Chile-Argentina border. The team gathered samples from several elevations, ranging from 11,482 feet to 20,340 feet (3,500 meters to 6,200 meters), during an expedition in 2003.

They found the snow contained low concentrations of PCBs, less than half a nanogram per litre (a nanogram is one billionth of a gram). In comparison, PCB levels in the Italian Alps have been found to be four times higher.