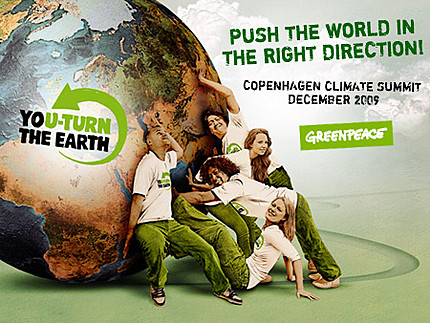 The United Nations summit on climate change ended Saturday with a fractious all-night debate over an agreement brokered by China and the U.S. that has no legal force, and is vague on crucial details.
The fundamental disagreements over the appropriate response to climate change among the U.S., China, Europe and a divided group of developing nations led to a near total breakdown of talks during the two-week summit attended by representatives of nearly 200 nations. The non-binding final statement, produced in a flurry of last-minute bargaining led by U.S. President Barack Obama and Chinese Premier Wen Jiabao, received a tepid endorsement Saturday morning after hours of angry exchanges among frustrated, hungry and tired diplomats, many of whom complained that the final agreement was made without their participation.

The statement said countries would «enhance our long-term cooperative action to combat climate change," but it didn't obligate any country to meet a specific emission-reduction target.

The Copenhagen Accord did produce a pledge by rich countries to send billions of dollars to the developing world to help it cope with the effects of climate change and to implement lower-carbon technologies. Industrialized countries said they would provide a pot of money „ approaching“ $30 billion over the next three years and to „ commit to a goal of mobilizing“ $100 billion annually by 2020.

Yet amid the global recession, no one offered details on where that money might come from. Some analysts who have followed international climate talks for years said the $30 billion pledged appeared mainly to restate previous offers from rich countries. As for the $100 billion a year by 2020, U.S. officials said the vast majority of it would come from the private sector, in particular through the buying and selling of «carbon credits," and not from government coffers.

Negotiators sought to put the best face possible on what they dubbed the Copenhagen Accord, calling it a first step that they hoped to follow up with a more-detailed, and more-enforceable, international climate pact sometime over the next year. But given that negotiators left Copenhagen as divided as ever over how a tougher agreement might affect each of their countries' economic competitiveness, they said they couldn't predict how the process might unfold.
Copenhagen's messy process and vague outcome led many to question whether a U.N. process will ever produce an agreement to seriously slash greenhouse-gas emissions. The process's guarantee that all nations will have a say led the talks to bog down for more than 10 days of procedural wrangling and mutual distrust before their heads of government swooped in late last week and hammered out the 2[frac12]-page statement of resolve.

The U.N. climate process will tumble now into a series of future meetings. U.N. Secretary General Ban ki-Moon and many other negotiators said Saturday they hoped to hash out the specifics by the next big annual U.N. climate summit, scheduled for late next year in Mexico.

„ Ideally speaking, we should have a legally binding treaty," said Mr. Ban, noting that he had slept two hours in two days and hadn't eaten a meal since Friday lunch. «This kind of negotiation process is very complex.“

For industries that would be affected by binding limits on carbon-dioxide emissions — steelmakers, power generators, oil companies and chemical manufacturers among many — the non-binding Copenhagen Accord failed to provide the regulatory certainty that could unleash private investment in lower-carbon technologies, from more-efficient coal-fired power-plant machinery to electric cars to solar panels.

«Business is seeking predictability to help plan its future global investments," Laurent Corbier, chairman of the International Chamber of Commerce's energy-and-environment commission, said in a statement over the weekend.

Because the Copenhagen statement isn't binding, it needn't form the basis of any future negotiations.

„ It's not a treaty," one Chinese negotiator reminded his colleagues as the official session was winding up Saturday, following agreement on the Copenhagen Accord. «It's not going to be signed or agreed to.“

Mr. Ban noted that the pact gives countries until Jan. 31 to voluntarily list, in an annex to the accord, voluntary pledges to curb their emissions. Major economies — including the U.S., China, the European Union and Brazil — made such pledges in the lead-up to Copenhagen. Those pledges fall short of the severe cuts that many scientists, and some governments, have said are necessary by midcentury to avoid potentially dangerous consequences from climate change.