In consideration of the growing interest in Arctic oil and gas development, a group of marine scientists embarked on Monday to begin a survey of the Chukchi Sea, the US Bureau of Ocean Energy Management (BOEM) said. 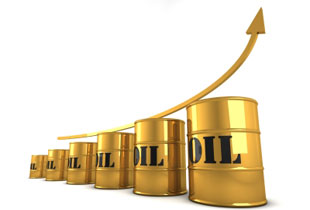 In consideration of the growing interest in Arctic oil and gas development, a group of marine scientists embarked on Monday to begin a survey of the Chukchi Sea, the US Bureau of Ocean Energy Management (BOEM) said.

The first of two vessels carrying scientists from the University of Alaska at Fairbanks departed from Dutch Harbor, Alaska. It will be the first comprehensive oceanographic and fisheries survey of the Chukchi Sea. It will sample all major components of the ecosystem in the US waters of the northern Bering Sea and Chukchi Sea, covering the entire Chukchi shelf. The survey will sample in offshore waters at least 50 ft. deep from south of Hooper Bay to north of Barrow, Alaska.

The purpose of the research is to prevent adverse effects of potential future offshore oil and gas development in the Arctic.

The project is funded through the BOEM, the State of Alaska Coastal Impact Assistance Program, and the National Oceanic and Atmospheric Administration (NOAA). In addition to the university, scientists who are participating in the research represent NOAA’s Alaska Fisheries Science Center, US Fish and Wildlife Service, and the Alaska Department of Fish and Game.

The fishing vessel Bristol Explorer will run a 60-day survey of three segments with two crew changes in Nome, Alaska. The crew will conduct surface and midwater trawling and midwater hydroacoustic surveying.

The fishing vessel Alaska Knight will sail today from Dutch Harbor today for a 47-day survey trip, and begin a bottom trawl survey, moving south from the northern Chukchi on Monday. The crew change in Nome will be on 31 August.

The company acquired exploration leases in the Beaufort Sea in 2005 and in the Chukchi Sea in 2008. It is currently seeking approval from the United States government to develop these resources. There is also data gathering and processing occurring offshore Greenland in anticipation of Arctic oil and gas development in the Greenland Sea and Baffin Bay.

Arctic development presents technological challenges such as remoteness, ice, extreme low temperatures, and months-long periods of darkness in the winter.