An international arbitration tribunal has ruled that Russia must pay a 5.39 million euros compensation to the Netherlands. 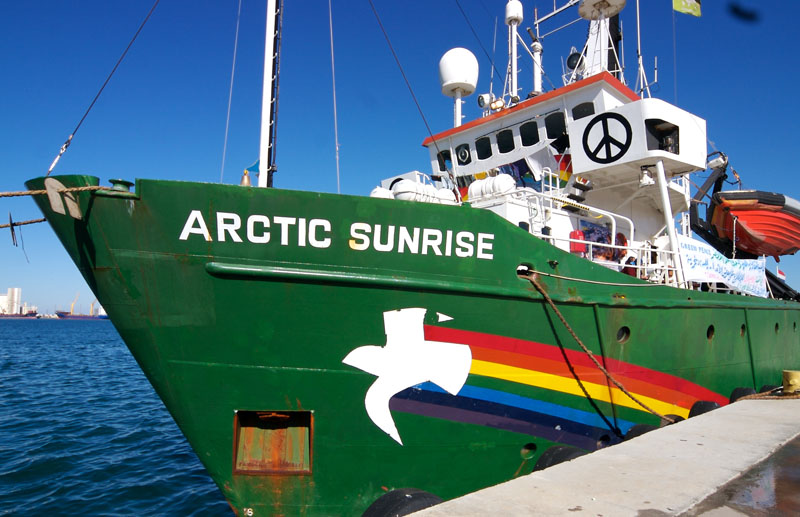 An international arbitration tribunal has ruled on July 18, 2017, that Russia must pay a 5.39 million euros compensation to the Netherlands for the damage to the Dutch-flagged, Greenpeace-operated Arctic Sunrise vessel, and the arrest of Greenpeace protesters in 2013.

The arbitration, launched by the Netherlands, concerns the measures taken by Russia against the Dutch-flagged ship Arctic Sunrise and the 30 Greenpeace activists who used the vessel to stage a protest on the Gazprom-run Prirazlomnaya offshore oil platform in the Pechora Sea in September 2013.

The activists were there to protest against the Arctic drilling. The protest ended by Russian forces seizing the Arctic Sunrise vessel and arresting 30 people on board, which later became famous as the Arctic 30.

After that, the Arctic 30 were detained, charged with the criminal offense of piracy, subsequently requalified as hooliganism, and remanded in custody.

They were released on bail by November 29, 2013, and were granted amnesty by Decree of the Russian State Duma in respect of the crime of hooliganism on December 18, 2013.

The ship departed from Murmansk on August 1, 2014 and reached Amsterdam the following week.

The Netherlands launched the legal action in 2013 claiming Russia had violated its obligations toward the Netherlands under the UN Convention on the Law of the Sea, and customary international law.

After years of proceedings, the Tribunal on Tuesday found that Russia shall pay to the Netherlands  around 5,39 million euros in compensation for the damage to the ship and the actions against the protesters, plus other reimbursements. 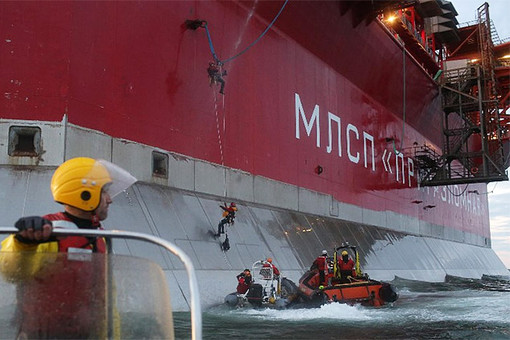 Russian side of the story

While Russia refused to partake in the arbitration, the country’s foreign ministry in 2015 issued a document supporting its actions against the Arctic Sunrise.

One excerpt reads: «The Arctic Sunrise delivered Greenpeace activists to Prirazlomnaya. After their action that was coordinated from the ship they returned to the Arctic Sunrise which remained in the vicinity of the platform refusing to follow the instructions of the Russian Border Guard and obstructing its activities. The vessel and its crew were clearly acting as a unit against the platform and Russian law-enforcement officials. In this situation exclusive criminal jurisdiction and in particular enforcement jurisdiction of Russia over Prirazlomnaya apparently extended to the vessel and those on board and the flag State had no exclusive jurisdiction over the vessel. Thus there was no need for the Russian authorities to seek consent of the flag State for the boarding of Arctic Sunrise and detention of the ship and its crew.»

Also in the document, it has been written Russia respects the rights to freedom of expression and peaceful assembly exercised in accordance with international law, including when they are exercised at sea.

Russian authorities claimed they were also open to dialogue with those having concerns regarding economic activities in the Arctic, the text in the document reads.

«However, when the enjoyment of the aforementioned rights is combined with aggressive behavior of their beneficiaries (protesters), obstruction of the law-enforcement activities and infringement of the rights of others, it cannot, in accordance with international law, be qualified either as peaceful or as lawful. Definitely, there are alternative means to express views on the necessity to preserve the Arctic environment and to «protest at sea» – such that would not create prejudice to private and public rights and interests, infringe the law and put others at risk,» it has been written in the document by the Russian foreign ministry.