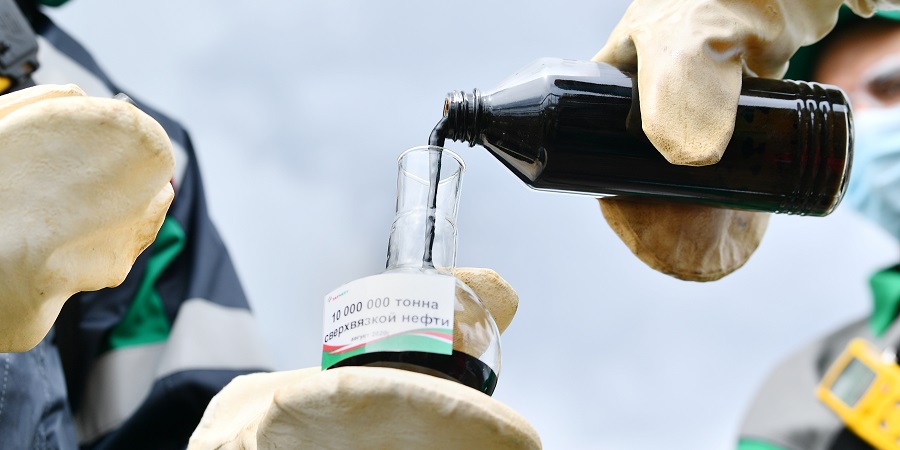 Kazan, August 5 - Neftegaz.RU. TATNEFT began production of HVO for the 1st time in Russia in 2006 introducing the company’s own development technologies based on the steam gravity drainage principle with application of twin horizontal wells. Subsequently, a transition was made to more efficient and technological drilling of single-head horizontal wells.

The HVO commercial development target are the fields in the Sheshminskiy horizon of the Ufa stage, which occur at a depth from 60 to 200 m.

At present, the total operating well stock includes 1046 wells (482 producers, 480 injectors and 84 steam cycling wells). The mean time before failures for the wells is 1140 days.

When using the method of steam-assisted gravity drainage there are 2 parallel horizontal wells drilled at a distance of 5 meters in the vertical plane: the upper one is a steam injector, while the lower wellbore is a producer. The cyclic steam stimulation method implies drilling one horizontal well operated in a cyclic steam injection and liquid production mode.

The establishment of the HVO production department in 2016 allowed the company to consolidate the experience in this area and carry out a wider implementation and search for the solutions to increase the efficiency of HVO deposits development. Since 2019, TATNEFT has been implementing the SVN-3200 project, which has been expanded this year through the commissioning infill drilling wells and 2 additional (Soldiersky and Olympiadovsky) EVO deposits.

Effective technologies have been developed today, that make it possible to accelerate the progress time of the wells reaching the design flow rate and reducing it from 11 to 3 months, as well as measures are being taken to reduce operating costs, which have made it possible to reduce the production cost almost 2-fold since 2016.


The company continues developing innovative technologies that increase the efficiency of field development and expands the geography of the EVO project. There have been 240 wells drilled already in 2020, and the plans provide for drilling 146 more appraisal wells. Based on the results, the plans also provide for drilling more than 50 production wells annually. The expected annual production of EVO is in the amount of 3.3 million tonnes.