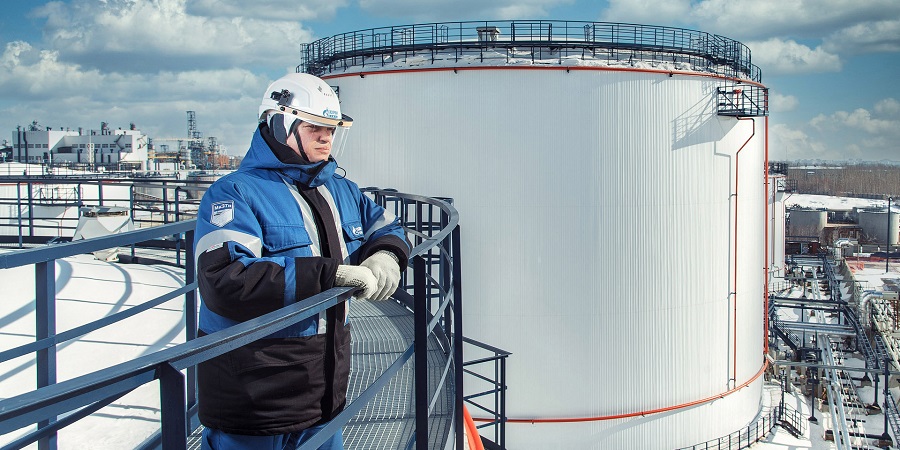 St. Petersburg, April 29 - Neftegaz.RU. The Gazprom Neft Board of Directors has reviewed the performance of the company’s investment programme, budget and borrowing programme in 2019.

The company’s 2019 net profit (IFRS) was up 6.2%, at RUB 400.2 billion — lower oil prices on the domestic and international oil markets notwithstanding, while adjusted EBITDA remained stable year-on-year, at RUB 795.1 billion. The debt service coverage ratio (DSCR) was 0.7.


The company’s 2019 results show Gazprom Neft retaining its market-leading position in Russia’s oil industry in terms of profitability, including in terms of return on average capital employed (ROACE) which, in 2019, stood at 17.4%.

Gazprom Neft’s investment programme reached RUB 453 billion in 2019. The outcomes of Gazprom Neft’s activities in 2019 are making a significant contribution to the implementation of the company’s long-term investment strategy. Gazprom Neft acquired subsoil usage rights to 32 new license blocks in 2019, including in the Khanty-Mansi and Yamalo-Nenets Autonomous Okrugs, the Krasnoyarsky Krai, the Orenburg Oblast and other locations.


A number of long-term risk-operatorship agreements were entered into with parent-company Gazprom, allowing Gazprom Neft to bring reserves at oil-rim and Neocomian-Jurassic deposits at a number of Gazprom fields into development. The construction of new production complexes at the company’s refining facilities continued apace throughout 2019, with Gazprom Neft also embarking on the construction of Russia’s 1st cutting-edge oil-refining catalyst production facility, in Omsk.

A transaction consolidating 100 % of the charter capital in the Poliom polypropylene plant in Omsk through a Gazprom Neft-SIBUR joint venture was concluded in July 2019. The company continued developing its distribution network, as well as expanding its oil-products range. A 10-year bond issue by the company in December 2019 proved record breaking on a number of criteria. The company placed bonds worth a total RUB 45 billion in November-December 2019.