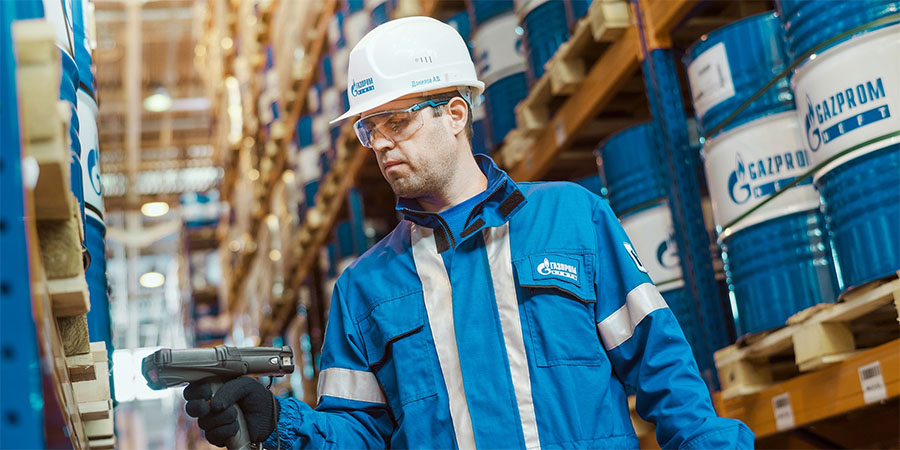 Gazprom Neft reduced its net debt-to-EBITDA ratio to 0.7 in 2019, as well as optimised its debt portfolio. The Company’s operating free cash flow was up 13% year-on-year, which resulted in a free cash flow (FCF) of RUB 156 billion in 2019.

Hydrocarbon production, including Gazprom Neft’s share in joint ventures, increased by 3.5% year-on-year, reaching 96.1 million tonnes of oil equivalent (mtoe). This was the result of higher production at the Novoportovskoye and Vostochno-Messoyakhskoye fields, in Orenburg and at new “oil-rim” development projects, as well as the Company’s increased ownership interest in Arcticgas.

Gazprom Neft continued the proactive development of its resource base throughout 2019, adding 32 new licence blocks. The Company also significantly expanded its project portfolio by launching the development of “oil-rim” and achimov deposits, as well as the neocom-jurassic gas and gas-condensate deposits at Gazprom fields, undertaken under long-term risk-based operatorship agreements.

“Gazprom Neft has ended the 2019 financial year with a good financial and operational performance, despite the price adjustments in the global oil market. The Сompany started developing a number of promising new reserves using unique technological solutions. We are building a balanced portfolio of exploration and development assets. Many projects across the Company’s facilities, which involve new major complexes construction at the Company’s refineries, moved into their final stages in 2019. The commissioning of these projects will allow Gazprom Neft to achieve best international standards in oil refining", said Alexander Dyukov, CEO of Gazprom Neft.

Refining volumes at Gazprom Neft’s own and joint-venture assets reached 41.5 million tonnes in 2019. The Company continued with the implementation of its development programme, aimed at increasing the conversion rate and improving the environmental characteristics of its refining assets. The Omsk Refinery launched a solar power station - the 1st of its kind in the Omsk Region - and completed the first stage of constructing an innovative “Biosphere” biological treatment complex.

It also completed the installation of major equipment for a catalytic reforming unit, facilitating a 1.5-fold increase in production of high-octane gasoline components. The Moscow Refinery commissioned an automated fuel shipment system and is currently preparing for the launch of its new “Euro+” facility. The NIS refinery in Serbia is preparing to launch a deep conversion complex.


Sales of petroleum products through premium channels exceeded 26.5 million tonnes in 2019. Sales of lubricants and aviation fuels grew by 3.2% year-on-year, while sales of bitumen products were up 20% - the result of effective development of the distribution network in Russia and abroad. Sales of marine fuels were up 2.4% year-on-year.


The Company began selling a new environmentally friendly marine fuel (with a sulphur content of less than 0.5%) in 2019, fully compliant with new international MARPOL convention requirements. The developed terminal infrastructure of the Company’s bunkering business, together with the ongoing modernisation of its refining assets, puts Gazprom Neft in a favourable position to meet the growing demand for environmentally-friendly fuels in the Russian market.


“Gazprom Neft’s net profit exceeded RUB 400 billion for the 1st time, securing a sustainable base for dividend distribution. The increasing value of the Сompany’s shares continues apace with Gazprom Neft’s capitalisation reaching the highest levels in the company’s entire history in 2019. Gazprom Neft consolidated its potential for further growth in terms of business size and efficiency. The Сompany plans to grow ahead of market trends, maintaining a high level of return on investment. 2020 will see the Сompany continuing to develop its business in line with its core strategic objectives — of becoming an industry benchmark in efficiency, safety and technology”, Alexander Dyukov noted.

230
Algeria's Sonatrach intends to reduce budget by 50% in 2020
Advertising at neftegaz.ru