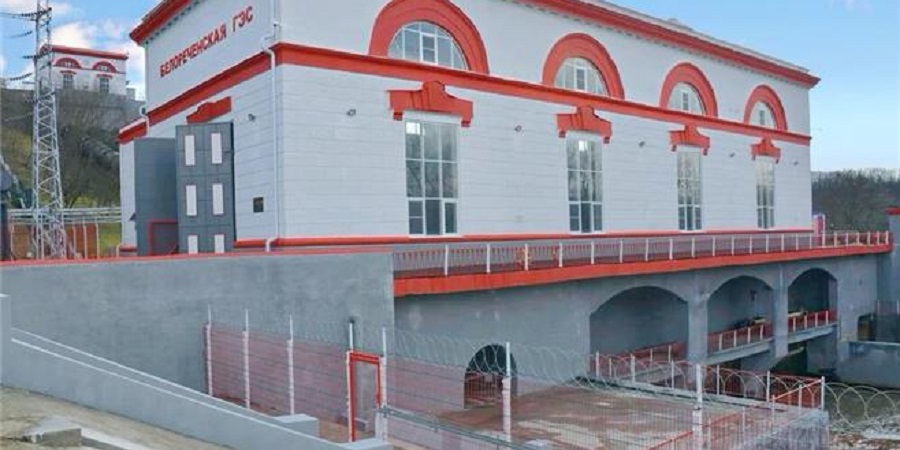 Krasnodar, February 6 - Neftegaz.RU. LUKOIL has completed one of its most significant hydropower projects – modernization of Belorechenskaya hydropower station. The reconstruction, that started in 2017 and included replacement of 2 generating units, resulted in the increase of the installed capacity of each unit from 16 to 24 MW, raising the total capacity of the power plant up to 48 MW.

The upgrade also extended operational life of the plant for 40 years, increased reliability and improved environmental safety. Advanced technologies – brushless excitation of hydrogenerator and electric drive of the turbine wicket gate – allow a more efficient use of hydropotential. The company also introduced integrated upgrade solutions at almost all auxiliary systems of the station.

The station's annual net electricity supply, increased by almost 80% after the reconstruction, will reach 260 million kWh, preventing emissions of around 130 thousand tons of carbon dioxide equivalent a year.

LUKOIL Group delivers one of industry's best performance in terms of volume in hydropower generation on the Russian market.

The history of the 48 MW Belorechenskaya hydropower plant, the leader of the Krasnodar Region hydropower generation, dates back to 1954. The station operates on the principle of diversion, using the elevation difference between the Belaya and the Pshish rivers.


LUKOIL’s renewable energy facilities include four hydropower stations in Russia with overall capacity of 291 MW, three solar power plants at the company’s refineries in Russia, Romania and Bulgaria (20MW in total) and one 84 MW wind farm in Romania.

Companies
200
200
LUKOIL develops its own completion system for horizontal wells
Advertising at neftegaz.ru