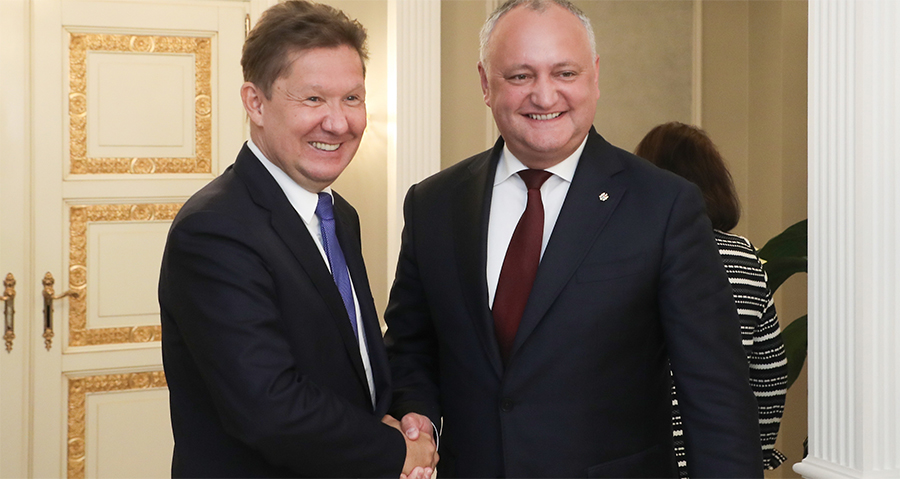 Moldovagaz, which is majority owned by Gazprom, said the 2 parties "have reached an agreement and are ready to sign, as soon as possible, the annexes to the supply agreement." The existing agreement between the 2 expires on December 31, 2019, the same date as the expiry of the transportation contract between Russia and Ukraine, which is under negotiation.

This new extension to the agreement between Moldovagaz and Gazprom will last until December 2022, but will not be signed until transportation arrangements are finalized.

Moldovagaz is "ready to receive" 12.4 million cu m/d (4.526 billion cu m/year) after joint operations with Bulgaria, Romania, Ukraine and Moldova, the statement said, and that "the Romanian and Ukrainian side have already officially completed all of the works."

Alternative delivery points are common practice in long-term gas sales agreements, with the first proposed option in this instance for receiving gas at the Russia-Ukraine border also a potential resolution for gridlocked tri-lateral talks between Russia, Ukraine and the EU.

According to the European Network of Transmission System Operators for Gas (ENTSOG) transparency platform, a stretch of the trans-Balkan pipeline runs through Romania into Moldova, and can receive gas transported through Bulgaria and Turkey. The latter's supply line will soon be linked to the 15.5 Bcm/year TurkStream transit, which is set to supply Russian gas to the region from early 2020.

Companies
257
257
NOVATEK launched 1st carbon neutral LNG fueling station in Europe
Companies
197
197
The partnership between Turkmennebit and TATNEFT has been extended for another 8 years
Advertising at neftegaz.ru

Advertising at neftegaz.ru
Latest news
Equipment, services and materials
49
49
Aframax tanker for Sovkomflot laid down at Zvezda shipyard
Companies
61
61
Gazprom Neft and Shell establish joint venture to develop major hydrocarbon cluster on the Gydan peninsula
Oil and gas worldwide
234
234
Kazakhstan to create oil & gas engineering development international centre
Companies
95
95
TGE Gas Engineering Rus was declared the best enterprise in the industry for 2019
Companies
141
141
ExxonMobil to write off up to $20 billion of assets in its biggest impairment ever