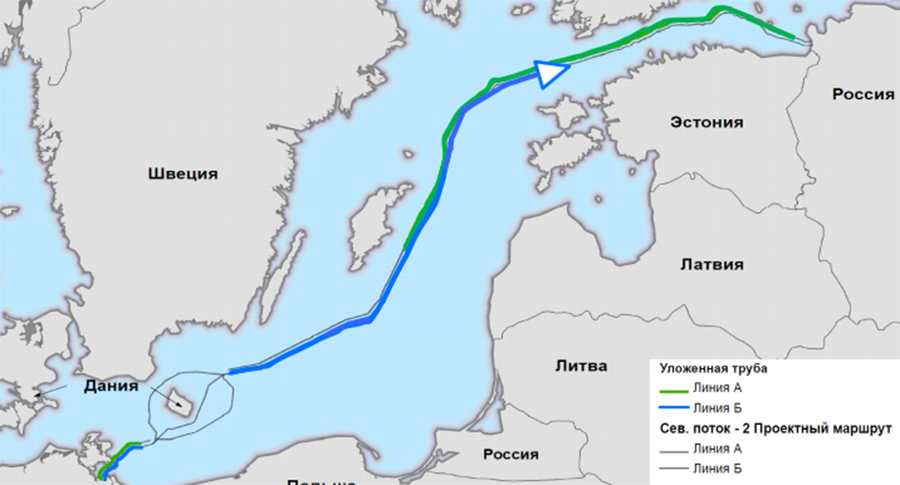 St. Petersburg, June 20 - Neftegaz.RU. The Gazprom Management Committee reviewed the progress of the construction projects for the Nord Stream 2 and TurkStream export gas pipelines. It was noted that both projects are going according to schedule.

To date, about 1,450 km of the Nord Stream 2 pipeline, i.e. over 59 % of its total length, have been laid in the Baltic Sea. Pipelaying is currently underway in Finnish waters. In addition, onshore facilities are being built within the Russian and German sections.

In Russian territory, Gazprom continues its extensive efforts for the development of the northern gas transmission corridor, which will, inter alia, feed gas into Nord Stream 2.

Among other things, compressor shops are under construction at the Bovanenkovo - Ukhta 2 and Ukhta - Torzhok 2 gas pipelines. As part of the project for creating gas transmission capacities between Gryazovets and the Slavyanskaya compressor station (CS) in northwestern Russia, 858 km of pipes have been welded within the 876-km linear part, which is planned to go into operation this year. Works at the Slavyanskaya CS are in their final stage.

The meeting participants discussed the ongoing implementation of the Turkish Stream project. Pipelaying of the gas pipeline's offshore section in the Black Sea has been finished.


The Russkaya CS and the landfall section in Russia, currently in the start-up phase, are ready to operate. Meanwhile, a receiving terminal is being constructed in Turkey, with over 80 % of the construction and installation work already completed.