A judge in Manila has directed the Commission on Audit (COA), Bureau of Internal Revenue (BIR) and Bureau of Customs (BOC) 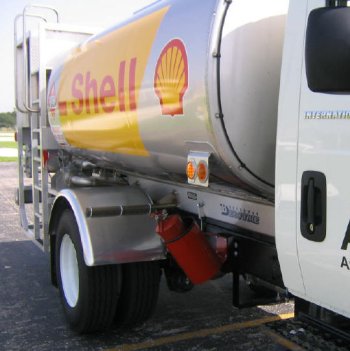 A judge in Manila has directed the Commission on Audit (COA), Bureau of Internal Revenue (BIR) and Bureau of Customs (BOC) to examine the books of the Big 3 oil firms to “ uncover the mystery surrounding the frequent increase in prices of petroleum products.”

In February, Justice Secretary Raul Gonzalez ordered the task force on oil deregulation to look into alleged cartel activities in the petroleum industry after a consumer group said the justice and energy departments were lax in implementing the safeguards of the Oil Deregulation Law.

In a three-page order, Pampilo directed the COA, the BIR and the BOC to create a panel of examiners to “ open and examine the cash receipts, cash disbursement books, purchase orders on the petroleum products, delivery receipts, sales invoices and other related documents on the purchases of the petroleum products” covering January 2003 to December 2003.

The judge chided the Department of Energy (DoE) for expressing “ through mass media” moves to open the books of the Big 3. “ For reasons unknown to many, the books have remained unopened and unexamined, and the puzzle remains unsolved,” he said. Pampilo denied Shell and Petron’ s motion to dismiss the petition filed by the Social Justice System (SJS).

The SJS petition, filed in March 2003, asked the court whether the oil companies violated the law “ when they increase prices of oil products whenever the price of crude oil in the world market increases, despite the fact that they had purchased their inventory of crude oil long before such increase in world market price.”

The judge also junked the argument raised by the oil firms that the SJS had no cause of action in view of the report issued by the justice and energy departments on April 17, 2008 that the respondents were not engaged in monopolistic practices or cartelization.

“ It would have been more absurd to refer the matter, which may be the proper subject of declaratory relief, to the DoJ-DoE task force. In fact, the finding of the task force that there was no breach has only strengthened the petitioner’ s cause of action for declaratory relief,” Pampilo said.

In an interview, Pampilo said he would issue a separate order giving the COA, the BIR and the BOC three months to conduct the examination of the books.

“ The three agencies have to form a panel of examinees, who would submit their report in three months, to determine if there was monopoly or cartel,” he said.

But he said that his order could not prevent the oil companies from increasing the prices of petroleum products.

As for another SJS motion for the three agencies to examine books covering other years, the judge ordered the petitioner to put it in writing before he can decide on the matter.

Lawyer Vladimir Cabigao of the SJS hailed the court’ s decision, saying, “ This is about transparency.”

“ We hope that if ever this reaches the Supreme Court, the tribunal would sustain the resolution of the lower court,” Cabigao said.

Pilipinas Shell and Chevron Philippines Inc. declined to comment on Pampilo’ s order. Both firms said they had yet to receive a copy of the decision.

“ We haven’ t seen the order, its extent and intent. We have to see it first then we’ ll see what our course of action will be,” said Toby Nebrida, Chevron communications manager.

Petron books open Petron earlier said its books were “ open for anyone to see.”

“ I don’ t think there’ s any real need to make pronouncements like oil companies should open books since we’ re publicly listed,” Petron president Eric Recto told the Philippine Daily Inquirer in an earlier interview.