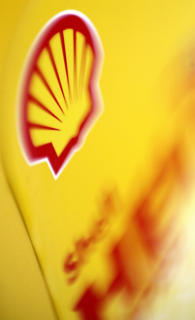 Nigeria's main militant group said its fighters had attacked an oil facility belonging to Royal Dutch Shell in the Niger Delta on Monday, in the face of an amnesty offer from President Umaru Yar'Adua.

Oil rose towards $70 a barrel on the attack.

«The Nigerian supply disruptions brought in some buying," said Christopher Bellew, broker at Bache Commodities in London, adding crude futures could push above $70 later on Monday.

Shell said it had shut in some production as a precautionary measure while it investigated reports of attacks on two well clusters in its Estuary Field in the western Niger Delta, which feeds into its Forcados oil export terminal.

„Hurricane Piper Alpha has struck at the Shell Forcados platform in Delta state today … at about 0330 hours (0230 GMT)," the Movement for the Emancipation of the Niger Delta (MEND) said in a statement emailed to media.

It said parts of the facility were on fire.

Forcados is one of Nigeria's benchmark crude oil grades but production has been interrupted by militant attacks.

On June 17 Shell extended a force majeure on its Forcados oil shipments for the rest of June and all of July. The measure, which frees it from contractual obligations, was first imposed in March after an attack on its trans-Escravos pipeline.

Yar'Adua on Thursday offered a 60-day amnesty to gunmen in the Niger Delta who have been responsible for pipeline bombings, attacks on oil and gas installations and the kidnapping of industry workers over the past three years.

The unrest has prevented the world's eighth biggest oil exporter from pumping much above two thirds of its installed capacity of 3 million barrels per day, costing it billions of dollars in lost revenue and pushing global energy prices higher.

MEND questioned the sincerity of the government and dismissed the amnesty offer as a programme directed at „repentant criminals“ rather than genuine «freedom fighters“.

Some militant leaders have said they want talks with Yar'Adua to work out the details of a deal, but MEND has publicly dismissed the amnesty offer, seeing it instead as an opportunity to distinguish itself from criminals.

«It will separate the wheat from the chaff and allow the government to focus on the root issues instead of tying militancy with criminality as an excuse for not addressing the grievances of the Niger Delta people," it said.

„MEND will negotiate as a group when the right time comes … Only those who are willing to sell their birthright for a bowl of porridge will accept while the rest of us will continue the struggle until justice is achieved.“

Representatives of Ateke Tom, Farah Dagogo, Soboma George and Boyloaf — key leaders of armed gangs behind some of the most spectacular attacks — issued a statement on Friday saying they wanted to meet with Yar'Adua.

MEND — a loose coalition of various armed gangs in the delta — denied Dagogo and Boyloaf would take part.

One of MEND's key demands has been the release of its suspected leader, Henry Okah, who is on gun-running and treason charges and could face the death penalty if convicted.

A presidential spokesman said Okah, who was arrested in Angola in September 2007 and extradited to Nigeria five months later, would be freed if he took the amnesty offer.

MEND says it is fighting for a fairer share of the oil wealth in the Niger Delta, one of the world's largest wetlands where villages remain mired in poverty despite five decades of oil extraction by foreign energy firms.

But the unrest has as much to do with criminal profit from the industrial-scale theft of oil and kidnapping for ransom as it does with political struggle, and many Niger Delta residents say militancy has done little to improve their situation.