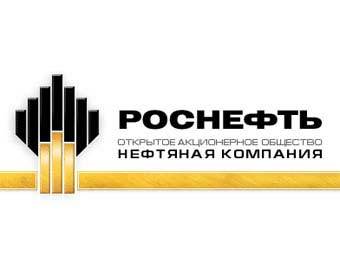 Middle East oil and gas company Crescent Petroleum discussed in Moscow on Saturday two major projects with state-owned Russian oil company Rosneft and Russian state cooperation Rostekhnologii, the deputy prime minister said on Saturday.
Crescent Petroleum and Rostekhnologii agreed to implement transportation projects on Russian territory.
"Today, a preliminary agreement of the investment fund statutory documents was made. It includes Rostekhnologii and the shareholders of Crescent Petroleum, with a total of $500 million. The Fund will implement transportation and logistics projects in Russia," Igor Sechin said.
The final agreement will be signed in September at a forthcoming business forum in Sochi, he said.
The Middle East company discussed with Rosneft the joint development of a gas field in United Arab Emirate Sharjah with expected investment of $630 million.
Gas reserves in the deposit account for around 70 billion cubic meters and 16 million tons of condensate, said Sechin, who is also chairman of the Rosneft board of directors.
Gas extraction for the project, which is the first joint venture between the two companies, is expected to start in 2013. Rosneft will have a 49 percent share, Sechin said.
Gas production is expected to begin in 2013, he added.
Russian Prime Minister Vladimir Putin discussed potential cooperation projects in Iraq and the Middle East on Saturday with Chairman of the Board of Directors at Crescent Petroleum Hamid Jafar and former Iraqi Prime Minister and a member of the country's parliament Ayad Allawi.
The three also discussed the supply of equipment, cooperation in gas sphere, and the development of new deposits.
During discussion it was noted that bilateral projects could help to bring stability to Iraq and the rest of the Middle East, Sechin said.
Crescent Petroleum is the oldest private oil and gas company in the Middle East. It has held operations in Egypt, Pakistan, Yemen, Canada, Tunisia, Argentina, Iraq and the United Arab Emirates for more than 40 years. The company's headquarters are located in the emirate of Sharjah.