The administrator of the $20 billion fund set up to compensate victims of the Deepwater Horizon oil spill said he aims to ensure claimants obtain higher and faster payouts from the fund than through litigation. 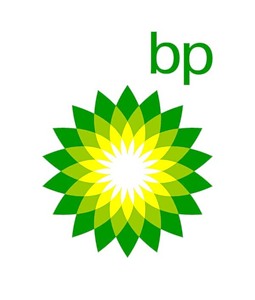 The administrator of the $20 billion fund set up to compensate victims of the Deepwater Horizon oil spill said he aims to ensure claimants obtain higher and faster payouts from the fund than through litigation.

"I'm determined to be more generous than any state court will be or any federal court," Kenneth Feinberg said in a teleconference with reporters ahead of Monday's opening of the Gulf Coast Claims Facility, an independently run fund created to distribute the billions provided by BP PLC following the spill.

The move is an attempt to stem protracted legal battles. According to the payment guidelines, anyone who accepts a final settlement through the facility will have to waive their right to sue BP in court. One big issue still outstanding is whether claimants, in accepting a final payment, also would have to waive their rights to sue other companies involved.

Some local officials have raised concerns that the independent claim authority, which is replacing BP in the handling of the claims, could leave some people out. On Friday, Florida Attorney General Bill McCollum said in a letter to Mr. Feinberg that the protocols set up by Mr. Feinberg fall short of protections mandated by the Oil Pollution Act of 1990 and were "even less generous to Floridians than the BP process."

Mr. McCollum's office said that the new requirements place a heavier burden of proof on claimants and a 90-day deadline to file interim claims that has "no legal basis."

Mr. Feinberg, a Washington lawyer who also headed the fund that compensated the families of the Sept. 11, 2001, terror attacks, said Mr. McCollum's belief that the new protocol was more restrictive than the federal pollution act was off-the-mark, and that claimants could choose to go to court if they were unhappy with the independent authority's offer.

Mr. Feinberg said that individuals should expect to receive payments 48 hours after finalizing a claim, and businesses would be compensated within seven days.

Mike Butler, owner of the Venice Marina in Venice, La., said he planned to file a claim next week for about $100,000 in revenue lost since the spill occurred in April. But he remains skeptical about the process. "I expect it to take a couple of years," he said.

Meanwhile, BP on Sunday said it was continuing with an attempt to remove the drilling pipe from the well that unleashed the Deepwater Horizon spill. The attempt, which was begun on Saturday, follows the completion of a test that allowed BP to determine that no oil or gas would come out if the sealing cap and the blowout preventer that sit atop of the well are removed.

BP aims to remove 3,500 feet of drilling pipe before it can proceed to remove the broken blow-out preventer—the valve that was placed on top of the well to prevent explosions— and replace it with a new one.

The explosion of the BP well in the Gulf of Mexico killed 11 and unleashed the worst-ever offshore oil spill. U.S. officials, including members of the Department of Justice Criminal Investigation Evidence Recovery Team, will take custody of the subsea equipment as soon as it is lifted from the sea bottom, to preserve forensic evidence, the head of the U.S. spill response effort, retired Coast Guard Admiral Thad Allen, told BP in a letter released Saturday.

144
3 new licenses for PGNiG in Norway

Advertising at neftegaz.ru
Latest news
Companies
36
LUKOIL certified for innovative management
Nuclear power
71
ROSATOM and JNPC signed the acceptance statement confirming the transfer of the nuclear island of Tianwan-3
Companies
90
Rusneftekhim signed a contract with «Gazprom Podzemremont Urengoy» in December 2019.
News worldwide
51
Libyan output reduced to near zero
Incidental
56
McDermott may file for bankruptcy as soon as next week