Venezuelan state oil company PDVSA will sell its stake in the four Ruhr Oel refineries in Germany to Russia's Rosneft, a PDVSA source said on Thursday 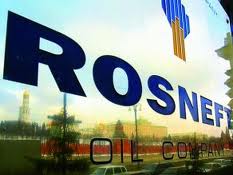 PDVSA jointly owns the facilities with BP. They have a combined capacity of 1.04 million barrels per day (bpd) and are by far the South American OPEC member's biggest refining assets in Europe. Venezuelan President Hugo Chavez said during a trip to Moscow earlier on Thursday that PDVSA had agreed to sell its stake to Russian buyers, but did not name the other party. "We have been looking for a partner to sell our part of the refinery, and we have made a deal with Russia," the Venezuelan leader told reporters in televised comments. He said a final price had not yet been agreed, but it would be "a fair price for Russia and for us. One that allows us to invest in other areas." The PDVSA source told Reuters the buyer was Russia's largest oil producer, state-controlled Rosneft, and that a signing ceremony was scheduled to take place in Moscow on Friday. Rosneft officials were not available to comment. The Wall Street Journal had said in August that the Russian company was in advanced talks to buy PDVSA's stake, and cited sources familiar with the deal as saying it could cost Rosneft between $1 billion and $2 billion. If the deal went through, it added, it would be the biggest purchase of Western European assets by a Russian energy firm.
Venezuela had been negotiating the sale of its Ruhr Oel interest for months. PDVSA has a 50 percent stake in the complex's 230,000-bpd Gelsenkirchen refinery, and a 19 percent stake in its 240,000-bpd Schwedt refinery. It has 13 percent of the 260,000-bpd Neustadt refinery and 12 percent of the 312,000-bpd Karlsruhe refinery. South America's top oil exporter also has extensive refinery operations in the United States and the Caribbean, as well as smaller operations in Britain and Sweden. Chavez said he had questioned the wisdom of PDVSA holding onto its Ruhr Oel stake ever since he visited the complex shortly after becoming president in early 1999. "I came to Germany to see a Venezuelan refinery on the Ruhr, and I asked, how many Venezuelans work here? None. How many cents profit for Venezuela is there here? None. How many barrels of Venezuelan oil are processed here? None," he said. Ties between Caracas and Moscow have expanded under Chavez, and Rosneft is one of five Russian companies in a consortium working with PDVSA to develop the Junin block 6 of Venezuela's huge Orinoco extra heavy crude belt. The Venezuelan government hopes the block, which it says will require the investment of some $20 billion over the next four decades, will produce 450,000 barrels per day - or nearly a fifth of the country's current output.