BP Won't Be Quitting US Or Deep Water Drilling

BP won't quit its businesses in the U.S. and must keep drilling for oil in deep water in the Gulf of Mexico despite the damage to its reputation wrought by the huge oil spill there this summer, the company's new Chief Executive Robert Dudley said Monday 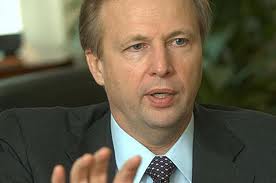 In a robust defense of BP's response to the oil spill and its ability to drill safely in the Gulf of Mexico in the future, Dudley also blamed the media for fearmongering and igniting a "political firestorm" that, "threatened the very existence of our company."

"I did not become chief executive of BP in order to walk away from the U.S. BP will not be quitting America," Dudley said at the annual conference of the Confederation of British Industry in London. "There is too much at stake, both for BP and the U.S."

BP's relationship with the U.S. authorities has already started to improve, he said. "The scale of our response, much of it going beyond the demands of legal compliance, has not gone unnoticed," he said.

Dudley acknowledged the risks of deep water drilling can never be fully eliminated, but said operations can continue safely and BP should remain a part of the industry.

"Deep waters are becoming an increasingly important source of energy to fuel the global economy," he said. "We are one of only a handful of companies with the financial and technological strengths to undertake developments in these difficult geographies.

"Until this incident, over 5,000 wells had been drilled in over 1,000 feet of water with no serious incident," Dudley said. "BP had drilled safely in deep waters of the Gulf of Mexico for 20 years...there are difficult balances to strike, but we cannot afford to shy away from risk."

Dudley acknowledged mistakes and a lack of preparedness. "A subsea blowout of the kind that happened was seen by us and the entire industry as a very low-probability event. We thought we had the appropriate mitigations in place," he said.

However, BP has learned a tremendous amount from the Gulf of Mexico disaster that can enhance safety in the future, he said.

"The silver lining of the event is the significant and sustained advance in industry preparedness," he said. BP aims to become the best in the oil industry at managing risk has been consulting with experts from the nuclear and chemical industries to improve BP's approach to safety, he said.

The oil industry and regulators should work together to restore public confidence in the safety of deep water oil drilling, he said.

However, many of BP's peers still seek to distance themselves from the tarnished company. Earlier this month, Royal Dutch Shell Chief Executive Peter Voser echoed comments from several other senior oil executives when he said his company would never have drilled a well in deep water using the same design as BP's blown-out Macondo well.

"[There was] a great rush to judgment by a fair number of observers before the full facts could possibly be known," he said. "I watched graphic projections of oil swirling around the Gulf, around Florida, across and around Bermuda to England," he said, none of which came to pass.

"I hope for everyone's sake that over the next months and years we can reach a balanced and informed judgment about what happened," Dudley said.