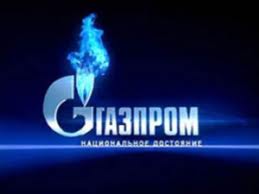 According to Reuters data, 10 percent of Novatek was worth $2.76 billion based on Tuesday's closing prices.

Novatek's Moscow-traded shares were down 0.5 percent at 0740 GMT, in line with the broader market .MCX.

"Yes, Gazprom is considering such a possibility," the source said when asked if the company planned to sell almost half its 19.4 percent stake in Novatek.

Volga Resources, a fund controlled by oil trader Gennady Timchenko, earlier this year raised its stake in Novatek to 23 percent to become the largest shareholder.

A Volga Resources spokesman said the company did not plan to substantially increase its stake in Novatek.

In March, Russian business daily Kommersant reported Gazprom planned to swap more than half its holding in Novatek for 51 percent of a small natural gas firm.