Russia's gas giant Gazprom and Ukraine's national oil and gas company Naftogaz have agreed to start a valuation of assets which could be contributed to a joint venture of the two firms, Gazprom said on Wednesday after a meeting between Gazprom CEO Alexei Miller and Ukrainian Fuel and Energy Minister Yury Boiko 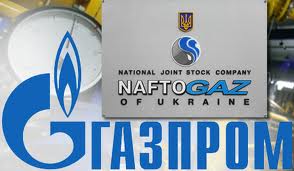 "At the meeting, different aspects of creating a joint venture between Gazprom and Naftogaz of Ukraine were discussed. The parties have agreed to start valuation of assets which could be contributed to the joint venture," Gazprom said.

The idea of merging the energy companies was proposed by Russian Prime Minister Vladimir Putin in April. Miller said at the time that both companies should seek a merger through joint ventures as the first step towards consolidation. He also said that Russia could contribute deposits, while Ukraine could contribute its transportation system.

In October Ukrainian Prime Minister Mykola Azarov ruled out a merger between Gazprom and Naftogaz, but welcomed the idea of a joint venture between the two companies to develop gas deposits in the Astrakhan region in southern Russia and in the Yamal region in the Russian Arctic.