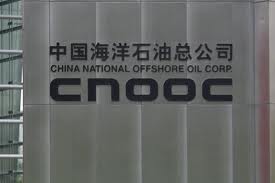 Bridas Energy Holdings Ltd. and Beijing-based Cnooc, which each own 50 percent of Bridas Corp., will pay $2.47 billion apiece to finance the acquisition, with the remaining $2.12 billion to come from third-party loans or additional funds from the two companies, Cnooc said in a statement yesterday. The deal will probably be completed in the first half of next year.

The Chinese company is building on the $3.1 billion acquisition of 50 percent of Bridas in March to expand its oil resources in Latin America as demand surges. Pan American, Argentina’s largest crude exporter, produces about 240,000 barrels a day and has proven reserves of 1.54 billion barrels.

“The valuation is fairly attractive,” said Neil Beveridge, a Hong Kong-based analyst at Sanford C. Bernstein & Co. “However, they are buying fairly mature oil and gas assets, so the question is how much Cnooc can squeeze out of these in the coming years. Argentina is also a country where oil and gas prices are highly regulated.”

Cnooc takes into consideration the prospect of a “reasonable” return on its investment when acquiring overseas assets, Chief Financial Officer Zhong Hua told reporters in a conference call today. Risks must also be “controllable,” Zhong said.

Shares of Cnooc were unchanged at HK$16.88 at 12:16 p.m. local time, compared with the 0.2 percent gain in the benchmark Hang Seng Index.

BP is aiming to conserve capital and avoid risk after the spill at its Macondo well in the Gulf of Mexico left it facing a bill projected to reach $40 billion and forced the resignation of Chief Executive Officer Tony Hayward. The oil company said in July it was planning to sell $30 billion in assets by end-2011. Including Pan American, it has sold about $21 billion of assets.

“The market probably wrongly assumed that 60 percent was worth $9.3 billion, but that included the Asia options” and Bolivia, said Jason Kenney, an Edinburgh-based oil and gas analyst at ING Commercial Banking, who had valued BP’s 60 percent stake at $9.3 billion. Citigroup Inc. had estimated the asset would be worth $10.2 billion, according to a Sept. 28 report.

Cnooc’s acquisition of the stake in Bridas earlier this year marked the company’s entry in Latin America and topped the $2.7 billion it paid in 2006 for a share in a Nigerian oilfield.

The latest acquisition takes total Chinese investments in the South American oil industry to more than $13 billion this year after China Petroleum & Chemical Corp., or Sinopec, in October agreed to pay $7.1 billion for a 40 percent stake of Repsol YPF SA’s Brazilian unit. In March, Ecuador announced a $500 million deal with Sinopec to develop an oil bloc.

In July, BP agreed to sell assets in North America and Egypt to Apache Corp. for $7 billion, while in August the company disposed of fields in Colombia to Ecopetrol SA and Talisman Energy Inc. for $1.9 billion. BP has also sold operations in Vietnam and Venezuela to its Russian joint venture partner TNK-BP for $1.8 billion.

BP also agreed earlier this month to sell its fuels marketing businesses in Namibia, Botswana and Zambia to Puma Energy, as well as 50 percent interests in BP Malawi and BP Tanzania to a Trafigura Beheer BV unit for $296 million in cash. Last month, BP sold stakes in four Gulf of Mexico deepwater oil and gas fields for $650 million.

Cnooc said last month third-quarter revenue rose 64 percent as the company stepped up acquisitions and output to meet fuel demand in the world’s fastest-growing major economy. The energy explorer has spent more than $4 billion so far this year for oil and gas assets in Argentina and North America.

Production may reach 329 million barrels of oil equivalent this year, surpassing Cnooc’s target of as much as 290 million. Output growth in the third quarter benefited from contributions from Bohai Bay in northeastern China and overseas fields, Chief Financial Officer Zhong said Oct. 28.

Cnooc’s proven reserves will rise 14 percent and daily production will increase about 10 percent, following the Pan American deal, the Chinese energy explorer said in a presentation posted on its website.

77
3 new licenses for PGNiG in Norway