Russia's largest private oil company, LUKoil, increased US GAAP net profit in the first nine months of this year by 29 pct year-on-year to $6.82 billion, the company said on Tuesday 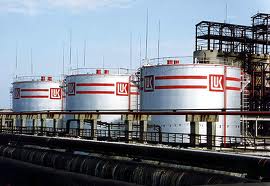 The results were higher than analysts' forecast of a $6.057 billion net profit on average and revenue of $75.277 billion.

Advertising at neftegaz.ru
Latest news
Transportation and storage
72
72
Ashgabat considers the possibility of supplying Turkmen gas to the domestic market of Kazakhstan
Off-shore drilling
60
60
Surge in gas production volume from the PGNiG Group’s Norwegian assets
Russia
132
132
Rosatom plans to occupy 10% of the global lithium market by 2030
Markets & Stocks
153
153
Zarubezhneft sold an export oil lot in the form of an online-auction for the 1st time
Equipment, services and materials
177
177
Automated logistics handling at Gazprom Neft Moscow Refinery storage facilities to be managed by autonomous mobile robots