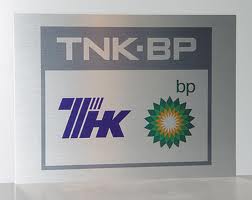 Vekselberg said on Friday he was quitting TNK-BP but would remain a TNK-BP shareholder.

Slobodin will handle both TNK-BP's gas business and energy projects, a source close to TNK-BP was quoted as saying.

Slobodin, 38, has been in the electric power sector for 10 years and is new to the gas business. Gas production will become TNK-BP's key business, as it plans to boost gas output to 30 billion cubic metres by 2020, the paper said.