Below is TNK-BP’s management response to inaccurate and misleading statements issued by BP Plc yesterday in relation to the TNK-BP Board meeting held in Paris on March 12. 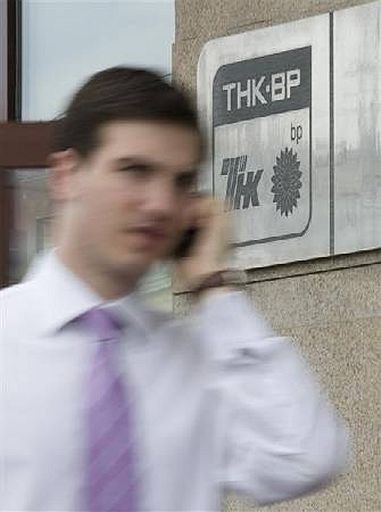 Below is TNK-BP’s management response to inaccurate and misleading statements issued by BP Plc yesterday in relation to the TNK-BP Board meeting held in Paris on March 12.

BP statement: At a TNK-BP board meeting in Paris today a proposal by BP's nominated directors which would have allowed TNK-BP to hold initial discussions with Rosneft about pursuing the Arctic opportunity, was rejected by Alfa, Access and Renova (AAR).

The proposal made by BP-nominated directors called for excluding the share swap with Rosneft from the proposal submitted by management. The majority of the TNK-BP directors, including two independents, rejected this proposed change as it was viewed to be detrimental to TNK-BP’s interests:

·        Eliminating the share swap would reduce TNK-BP’s negotiating leverage with Rosneft in relation to the Arctic exploration project and would render negotiating an equitable agreement with Rosneft virtually impossible;

·        Eliminating the share swap could allow BP to proceed with its own share swap with Rosneft, thus forming an alliance between BP and one of TNK-BP’s main competitors.

·        Having BP (which is a 50% shareholder in TNK-BP) become the largest private shareholder in one of TNK-BP’s main competitors would inevitably lead to conflicts of interest and new tensions between the shareholders.

BP statement: BP remains committed to finding a reasonable business like resolution to the matters raised by AAR in relation to the share swap agreement and Arctic exploration arrangements agreed between BP and Rosneft, announced on 14 January 2011. This will be through arbitration and direct talks with all parties involved.

To date, BP has made no effort to rectify the situation created by its attempt to enter into a strategic alliance with one of TNK-BP’s main competitors, Rosneft. TNK-BP management views BP’s efforts to form such an alliance as contrary to the interests of TNK-BP and a breach of the TNK-BP Shareholder Agreement. If allowed to proceed, an alliance between Rosneft and BP would lead to significant deterioration in the competitive position of TNK-BP, worsen TNK-BP’s financial performance and growth prospects, and cause material destruction in shareholder value.

TNK-BP also notes that there are no talks ongoing or planned between BP and TNK-BP/AAR with respect to resolving the situation. Decision of the Arbitration Tribunal is expected in the next several weeks.

BP statement: The BP-nominated directors of TNK-BP acted entirely in accordance with their fiduciary duties in the best interests of TNK-BP

TNK-BP response:  The fact that all of the non-BP directors, including three independents, voted in favor of the proposal submitted by management speaks for itself.  It should also be emphasized that management’s proposal to the Board had unanimous support of TNK-BP’s Management Board, which includes senior executives who spent most of their careers with BP before joining TNK-BP.

We also note that in January, TNK-BP’s General Counsel Igor Maydannik sent a letter to Mr. David Peattie, a senior BP executive responsible for BP’s operations in Russia, expressing concern about Mr. Peattie’s role in negotiating a deal with Rosneft while serving on the Board of TNK-BP. In that letter, Mr. Maydannik reminded Mr. Peattie of his fiduciary duty to TNK-BP, and indicated that Mr. Peattie’s role in negotiating a transaction with Rosneft may represent a breach of his fiduciary obligations to TNK-BP.

TNK-BP response:  TNK-BP’s management does not consider BP’s entering into a strategic alliance with one of TNK-BP’s main competitors as a “constructive and reasonable act.”  The fact that the High Court of London issued an injunction on the completion of BP’s ‘strategic arrangements” with Rosneft suggests that there is sufficient evidence that BP may have breached the TNK-BP shareholder agreement.

Management of TNK-BP also believes that BP-nominated directors failure to attend one Board meeting and their failure to vote at last week’s board meeting also is not representative of “constructive and reasonable” behavior.