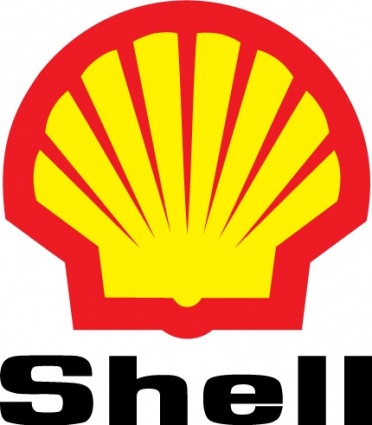 “We continue to make good progress with our strategy; improving our competitive performance, delivering a new wave of production growth, and maturing the next generation of growth options for shareholders.

Our profits pay for Shell’s substantial investments in new energy projects, to ensure low-cost, reliable energy supplies for our customers and to create value for our shareholders. Our third quarter results were higher than year-ago levels, driven by higher oil prices and Shell’s performance.

In Upstream, our oil and gas production excluding divestments grew by 2% from year-ago levels, driven by the continued ramp-up of our growth projects, mainly in Qatar and Canada. Shell’s LNG sales volumes increased by 12%, with continued robust demand for gas. Our Downstream results were supported by increased Chemicals earnings, with a resilient performance from Oil Products, despite the more difficult economic environment. We have resumed our share buyback programme, with $0.8 billion of buybacks during the quarter, at a time when financial markets have been weak.

Disposal of non-core assets is an important part of our drive to improve Shell’s competitive position and capital efficiency. We completed $6.2 billion of asset sales this year, with $1.8 billion in the third quarter 2011, including a refinery in the United Kingdom and non-core upstream assets in the Americas. We have delivered on our target for $5 billion of disposals this year, ahead of schedule. Asset sales from non-core positions will continue.

We are delivering on our growth strategy, with the build-up of production from new projects. The Athabasca Oil Sands Project Expansion 1 in Canada and the Pearl Gas-to-Liquids (GTL) Train 1 in Qatar have ramped up and production should stabilise at plateau rates shortly. We expect to start up Train 2 of Pearl GTL before the end of 2011, as planned. These projects in Qatar and Canada are part of a series of over 20 new upstream start-ups planned for 2011-14, as we deliver on our plans for sustainable growth, driving Shell’s financial and operating targets for 2012.

We continue to mature new investment options for medium-term growth, taking final investment decision on the Clair Phase 2 development in the United Kingdom, and the Wheatstone LNG project in Australia, confirming a new oil discovery in French Guiana, and also building new acreage positions for exploration drilling in the future.

Voser concluded: “We are making good progress against our targets, to deliver a more competitive performance.”

Arrow also confirmed that it has entered into a Scheme Implementation Agreement (“SIA”) with coal bed methane company Bow Energy Ltd (“Bow”) under which Arrow has agreed to acquire all of the shares in Bow. The offer values Bow at some $0.5 billion. The acquisition of Bow contributes to Arrow’s opportunity to expand each of the two trains of its proposed LNG project on Curtis Island from 4.0 million tonnes per annum (mtpa) currently planned. The transaction is expected to be implemented in January 2012, subject to Bow shareholder approvals.

In Mexico, Shell completed the sale of the LNG import and regasification terminal in Altamira for a total consideration of $0.2 billion.

In Norway, Shell agreed to sell its interests in the natural gas transport infrastructure joint venture Gassled for some $0.7 billion. The transaction is subject to regulatory approval and to consent of joint venture partners.

During the third quarter of 2011, Shell participated in two exploration discoveries including the frontier deepwater oil discovery Zaedyus (Shell share 45%) offshore French Guiana, which has the potential to open up an entirely new oil play for the industry, and a gas discovery at Acme West (Shell share 33%) offshore Australia. Also during the quarter, as part of our global exploration programme, Shell built new acreage positions onshore in the Americas and the Ukraine as well as offshore New Zealand and Tanzania.

On October 13, in the United Kingdom, Shell announced the final investment decision for the offshore project Claire Phase 2 (Shell share 28%), with an expected peak production of 120 thousand barrels of oil equivalent per day (boe/d).

In the United Kingdom, Shell completed the sale of the Stanlow refinery for a total consideration of some $1.2 billion (including some $0.9 billion for working capital).

KEY FEATURES OF THE THIRD QUARTER 2011

Supplementary financial and operational disclosure for the third quarter 2011 is available at www.shell.com/investor.