Halliburton names Murry S.Gerber to board of directors

Jan. 10, 2012, Halliburton  announced today that Murry S. Gerber has been named to the company’s board of directors. 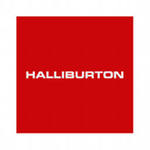 Jan. 10, 2012, Halliburton  announced today that Murry S. Gerber has been named to the company’s board of directors.

The appointment is effective January 10, 2012 and Gerber will be confirmed by the stockholders at the annual meeting in May 2012.

Gerber became CEO of EQT Corporation in 1998 and was elected chairman in 2000.

He served as chairman, CEO and president until 2007, at which time he became chairman and CEO.

He retired as CEO of EQT Corporation in April 2010 and remained as Executive Chairman until May 2011. He recently resigned from the EQT board of directors.

During Gerber’s tenure, EQT transformed itself from a regional gas distribution company to one of the largest and fastest growing independent exploration and production companies in the United States, the largest natural gas company in the Appalachian basin, and inclusion on the S&P 500 Index.

Before joining EQT, Gerber served as CEO of Coral Energy, a subsidiary of Shell (NYSE: RDS-A). Coral, now Shell Energy North America, is one of North America’s largest energy marketers. He had previously been treasurer of Shell Oil Company and had served in a number of management and technical positions over a 19-year career at Shell.

“Murry brings a lifetime of energy industry success to the Halliburton board,” said David J. Lesar, Halliburton chairman, president and CEO. “His leadership, his experience in the Marcellus shale and unconventionals, as well as his intimate knowledge of international oil companies will be valuable in the coming years. We are glad he has chosen to add his talents to our diverse and multifaceted board.”

Advertising at neftegaz.ru
Latest news
Transportation and storage
56
56
Ashgabat considers the possibility of supplying Turkmen gas to the domestic market of Kazakhstan
Off-shore drilling
52
52
Surge in gas production volume from the PGNiG Group’s Norwegian assets
Russia
120
120
Rosatom plans to occupy 10% of the global lithium market by 2030
Markets & Stocks
142
142
Zarubezhneft sold an export oil lot in the form of an online-auction for the 1st time
Equipment, services and materials
168
168
Automated logistics handling at Gazprom Neft Moscow Refinery storage facilities to be managed by autonomous mobile robots