— What are the E&P Block’s strategic objectives under the NIS Development Strategy 2020? 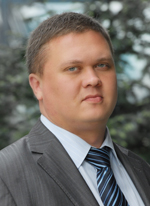 — What are the E&P Block’s strategic objectives under the NIS Development Strategy 2020?

— Our key objective is to boost annual production to 5 mln TOE. Today NIS produces 1.5 TOE annually, and this figure covers production not just in Serbia, but also in Angola, where we operate under concession agreements. In order to maintain our resource potential, we need to aggressively invest in exploration both in Serbia and in neighbor states, which we have been involved in for some time now.

By 2020, we want to see at least 50% of total production coming from our projects in neighbor states and the same percentage in proven reserves.

I would like to stress that our task is not just boosting production, but also making this process more cost effective. Over the past few years, we have successfully overcome a number of negative trends within our company and managed to apply our experience and know-how from our Siberian subsidiaries. I believe we have every opportunity to achieve the goals we have set for ourselves.

— In this context, how important are the regional projects that NIS is actively working on right now?

— Our growth prospects rely mainly on our partnerships in a certain region. Our partner in Bosnia and Herzegovina is NeftegazIncor (a subsidiary of Zarubezhneft oil company), with whom we have established and operate a joint venture (JV) named Jadran-Naftagas. We are currently doing a seismic survey there and preparing exploration wells. Hopefully, all preparations will be completed by the end of this year, and we will start drilling the first exploration well in 2013. We expect to see oil coming out the same year.

Our second partner venue is Hungary, where we signed a partnership agreement with RAG Hungary Kft (a subsidiary of Austrian Rohöl-Aufsuchungs Aktiengesellschaft) in 2011. This is an equitable partnership, where RAG acts as an operator and we approve work flow. Exploration drilling at Kiskunhalas area in the south of Hungary started very recently, on January 31, and we expect to drill at least two more exploration wells in 2012. If everything goes as planned, commercial production of hydrocarbons may begin as soon as in 2013.

We also have another potential partner in Hungary. We are currently negotiating a contract with Falcon Oil & Gas Ltd that holds exploration rights at one of the blocks in Hungary. The type of partnership is similar to the one with RAG: equitable shares in a joint venture, where they operate and we control. I hope negotiations will be successful so that we can start working in March or April 2012 and go to commercial production by the end of the year.

Our third area of focus is Romania. We have signed all the applicable paperwork with East West Petroleum of Canada, and right now we are re-issuing licenses to a subsidiary of NIS operating in Romania. The plan is to be done with all the formal aspects by the end of February and start working on the project. Our ultimate objective in this segment for 2012 is to drill two exploration wells and start drilling at least two more, so we expect to see the first samples of Romanian oil already by the end of this year. At the same time, we do not intend to work exclusively with East West Petroleum and are now negotiating with a few more Romanian companies.

There is also some interest for us in Greece. For example, we have engaged in talks with Hellenic Petroleum about our potential participation in shelf exploration operations. We also consider projects in Croatia, whose government is to announce an exploration and production tender for a number of oil fields in the next few months, and we are planning on bidding.

In the context of international operations, our interest is not limited to the JV format only — we also seek opportunities to purchase production assets in the region. Right now we are looking at buying one in Albania together with Gazprom Neft.

— Are there any promising territories in Serbia?

— NIS is an exploration monopolist in Serbia. The entire country is covered by our seven licenses, and there are no other players on this market. We are now actively exploring in Serbia’s central regional and Vojvodina, where we are working on 2D and 3D seismic surveys and drilling exploration wells. This is a very vigorous process, which is proven by the fact NIS has been doubling its annual investment in exploration ever since 2010, and we plan to keep the pace in 2012 as well. Operations also grow in Serbia’s traditional oil regions — I am talking about the Autonomous Province of Vojvodina, where the majority of our wells are located.

I would also like to mention that we have good lines of communication with local authorities. They always support our projects, all approvals and permits are issued in due course, and we can resolve any potential issues proactively. The formula here is very simple: we take a lot of effort to explain to local authorities all the benefits of working with NIS, offer presentations and demonstrate our plans, and in almost 100% cases we see their complete understanding and willingness to work together. Moreover, you should not forget that our operations within a certain municipality bring it profit from mineral extraction tax, which is a serious incentive in today’s unstable economic environment.

We understand that there are some political risks associated with our EU projects. This is why our selected partners are companies that have some political weight and strong ties with local governments. In our view, this is the best insurance from any potential pressure. These risks should not be feared — they must be timely analyzed and appropriately minimized, which eventually helps avoid loss.

— What sort of financial resources does your block have?

— NIS has the resources to invest up to €500 mln Euro in the development of the E&P Block, and this covers both purchase of assets and investment in exploration and production. When Pancevo refinery, which we are now rebuilding and upgrading, starts running at full capacity, development investments may increase to €1 bln per year, and Upstream is ready to digest this amount of funding. This is the reason why we are looking at expanding outside the Balkans, for instance, to Greece, North Africa, etc.

What is holding down our appetite are specific local factors: the market in the region is weak, and nobody wants to sell active fields, this is why we focus our investment program on exploration, which implies looking for new promising sites and their further development.

— Massive expansion of operations requires new jobs. How do you man your new projects?

— Staffing is a very important issue for us. Let me throw in some figures to give you a better understanding: when we were just starting to work in Serbia, there were some 2,200 staff in the E&P Block, while production was below 1 mln TOE. Now, the situation has changed: production has almost doubled, and the number of staff has gone down by 50%. There are two things that made this change possible. First, we work hard to computerize and upgrade our equipment, which gives us a chance to cut down on staff. Secondly, we put a lot of effort in giving our managers better training: we have already established a multinational team of experienced engineers and managers capable of handling ambitious tasks that we are giving them.

We understand that commercial production of oil in neighbor states will require an increase in staff in our regional subsidiaries. This increase will come not only from Serbian or Russian labor markets: we are already engaging European experts in our operations. In general, we have a very serious attitude to staffing our projects, where quantity comes after quality.

— Ambitious plans of the block that you manage imply that you must have state-of-the-art technical assets. What are your plans in this respect?

— I believe everybody knows that NIS invested almost nothing in the development of production technologies before 2009. Over the last three years, we have developed and currently introducing a comprehensive technical upgrade program that implies reconstruction and upgrade of infrastructure, as well as installation of state-of-the-art equipment on wells. Of course, our technological developments are in no way new or revolutionary for Russia, but we are implementing this program at a quick pace, hurdling over certain stages of equipment evolution — we go from second-generation equipment straight to the fifth generation. As a result, our oil fields look exactly like modern Russian wells, and this helps us significantly reduce our costs and make production more viable.

— Are you looking at expanding project-specific partnership with Gazprom Neft?

— In the near future our experts together with their Gazprom Neft colleagues will visit Angola to assess a number of projects that have a potential interest to both our companies. Besides, we are planning on expanding into Greece and Albania jointly with Gazprom Neft, while embarking on it independently would be a lot harder for NIS.

— Could global financial crisis have an impact on NIS plans in exploration and production?

— If the crisis is severe enough, it may obviously have some impact on our plans. However, I tend to think this impact will not be too heavy: the conditions in Serbia, and this refers primarily to the mineral extraction tax, are a lot better than the conditions that Russian oil companies have to deal with. In general, if external conditions start changing for the worse, we will be forced to revise profit margins of certain projects and maybe freeze some altogether, but I believe there will be no radical changes in our plans due to the crisis.