First gas from Kirinskoye field is expected in 2012

In 2012 Gazprom will launch gas production from the Kirinskoye gas and condensate field on the Sakhalin shelf as part of the Sakhalin III project. For the first time ever natural gas will be produced by a subsea production system in Russia.

In 2012 Gazprom will launch gas production from the Kirinskoye gas and condensate field on the Sakhalin shelf as part of the Sakhalin III project. For the first time ever natural gas will be produced by a subsea production system in Russia.

By the moment, a gathering manifold to intake gas mixture from wells has been installed at the field and a 28 kilometer pipeline running to the coast has been placed. Construction of producing wells by the new semi-submersible drilling rigs – Polyarnaya Zvezda (Polar Star) and Severnoye Siyaniye (Northern Lights) will start this year. In the second half of 2012 two wells will be ready to produce gas, including the previously built exploratory well that will be switched to the production regime. In general, six wells will be built at the field before the end of 2014. This will bring the annual gas production level to 4.2 billion cubic meters starting from 2015. 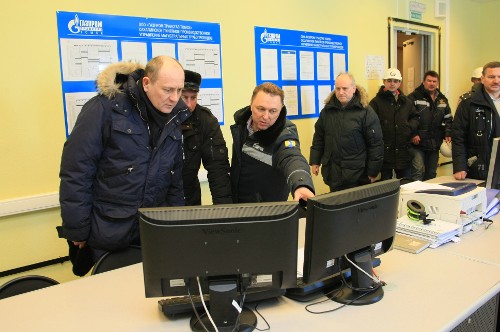 Gas will be treated at the Onshore Processing Facility being built and designed to receive gas from the Kirinskoye and, subsequently, other fields of the Sakhalin III project. The Onshore Processing Facility will be connected to the Sakhalin main compressor station of the Sakhalin – Khabarovsk – Vladivostok gas transmission system (GTS) with a 139 kilometer gas pipeline, of which more than 100 kilometers have been constructed so far. Thus, the Kirinskoye field will serve as a gas source for consumers of Russia's Far Eastern regions.

In addition, Gazprom has completed construction of a gas disposition terminal consisting of pressure reduction and gas metering facilities to handle gas supplied from the Sakhalin I project into the Sakhalin – Khabarovsk – Vladivostok GTS. In April the terminal will be put into operation and raise the reliability of gas supply to Khabarovsk consumers, first of all.

“Gazprom is facing the strategic task of delivering gas to Eastern Siberia and the Far East. Natural gas will develop gasification, boost industrial production and improve environment. We are going to continue our comprehensive efforts in this area,” highlighted Vitaly Markelov, Deputy Chairman of the Gazprom Management Committee during his business trip to Khabarovsk. 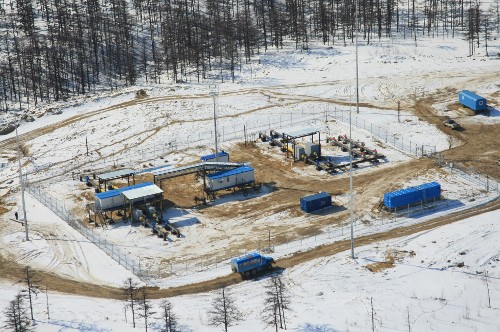 The state-run Development Program for an integrated gas production, transportation and supply system in Eastern Siberia and the Far East, taking into account potential gas exports to China and other Asia-Pacific countries (Eastern Gas Program) was approved by the September 2007 Order of the Russian Industry and Energy Ministry. Gazprom was appointed by the Russian Federation Government as the Program execution coordinator.