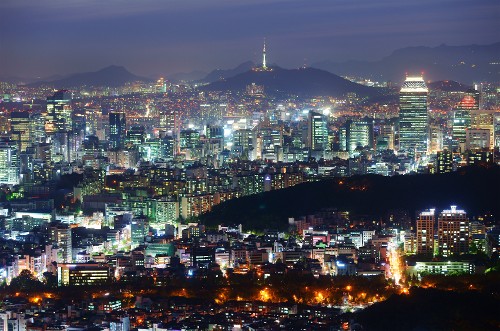 The negotiations centered on pipeline supplies of Russian natural gas to South Korea via North Korea. Special attention was paid to commercial parameters of the project. The parties achieved progress in developing the efficient solutions needed for failsafe operation of the future gas transmission system.

Based on the negotiations results, a decision was taken to expand engineering cooperation between the two companies and to arrange visits by dedicated experts to key gas transmission facilities in Russia and South Korea for their thorough inspection.

Gazprom and Kogas entered into an Agreement embracing a wide spectrum of issues including the study of possible ways to deliver Russian gas to Korea.
According to the Intergovernmental Agreement between the two countries, Gazprom and Kogas were identified as the companies authorized for overseeing natural gas deliveries from Russia to the Republic of Korea.

On June 23, 2009 as part of the working visit by Gazprom's delegation to the Republic of Korea, Alexey Miller, Chairman of the Company's Management Committee and Choo Kangsoo, President – CEO of Kogas signed the Agreement to jointly explore the natural gas supplies project. In pursuance of the Agreement a final report was issued in 2010. The report studied options for natural gas supply from the terminal point of the Sakhalin – Khabarovsk – Vladivostok gas transmission system to the Republic of Korea.

On September 15, 2011 Gazprom and Kogas signed the Roadmap on natural gas supplies from the Russian Federation to the Republic of Korea. The Roadmap represents a plan of top-priority actions needed for the project implementation.