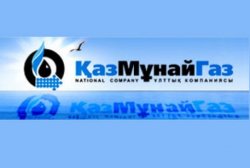 "The two stations are part of the development of the franchise retail network. This strategy supports the completion in the mid-year, of the project which aims to increase the processing capacity of Petromidia Refinery from 3,8 million tons/year to 5 million tons /year. To manage effectively the surplus production it is necessary to develop the retail sales in the Black Sea area, namely Romania, Bulgaria, Moldova, Georgia, Ukraine and Turkey. "says Titov Buzescu, Vice President Retail, The Rompetrol Group.

The gas stations are located in Chisinau and in the Balti town belt area, the second largest town in Moldova. Related work consisted in arranging visual elements to identify The Rompetrol Group, taking the station into Rompetrol administration, modernizing the equipment and alignment with the safety and environmental standards for the station in Chisinau,as well as the construction of a new station in Balti.

Fuels sold in the two stations, Premium 95, Efix gasoline, diesel Euro 5 and Efix are imported exclusively from the Petromidia refinery, strategy which is applied throughout Rompetrol Moldova’s network.

In 2011, the company significantally developed the network of filling stations, 15 franchise stations being opened.

As a result of the network stations’ expansion, the total amount of fuel sold increased by 44% in 2011, up to approximately 31,000 tons comparing with the previous year.

Besides the 47 franchise filling stations, the company also owns 4 own stations that sell only autogas (situated in northern Moldova), gas cylinders outlets and a bottling plant, as well as storage capacities in Tirnova. These assets were included in the company’s portfolio in 2011, by taking over the MoldInterGaz company's activity, part of Rompetrol Gas.

Following this acquisition, the company started selling of GPL in almost half of the operated stations.